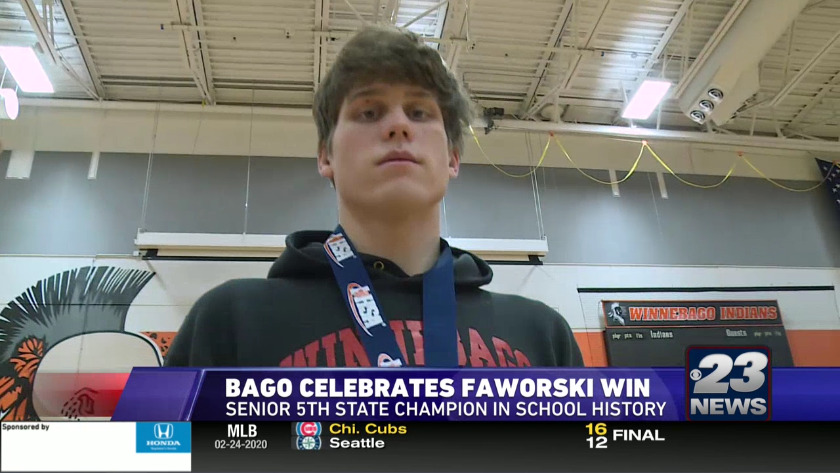 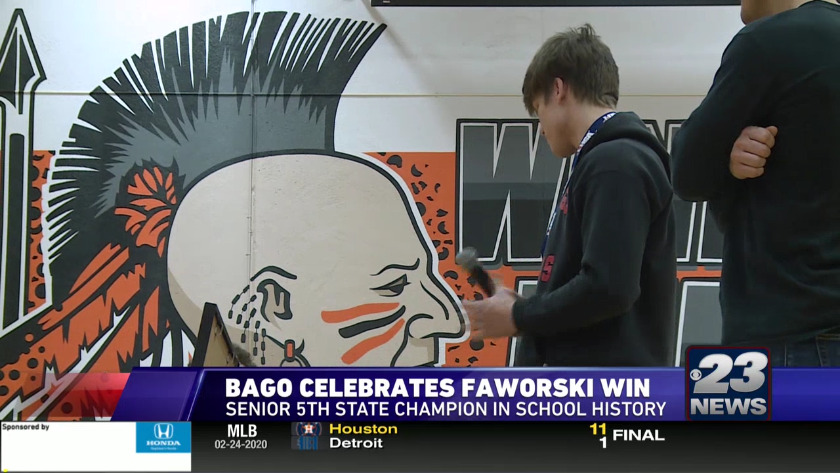 WINNEBAGO, Ill. (WIFR) Only three other Winnebago men have walked into state and left with a gold medal around their neck. Bryce Faworski can now be added to that short list and on Monday afternoon, the school took some time to celebrate his achievement.

The Indians senior capped off his high school career with the 1A 160 pound state championship on Saturday in Champaign.

Heading into the tournament Faworski's record at state was 4-3 after losing his first match freshman year and placing fifth his junior season.

Over the weekend, he went a perfect 4-0 and finished his year with a 39-1 record.

Faworski says he hopes that his victory will provide some momentum to the entire program.

"I just got a big adrenaline rush, I was proud of myself and I don't know how I can explain it," said Faworski. "Being down at state is my motivation, just being in the arena. It's just so fun to be in there. I think it's very exciting. I feel like this could be a step to a better program and having more state champs on their way to Winnebago."