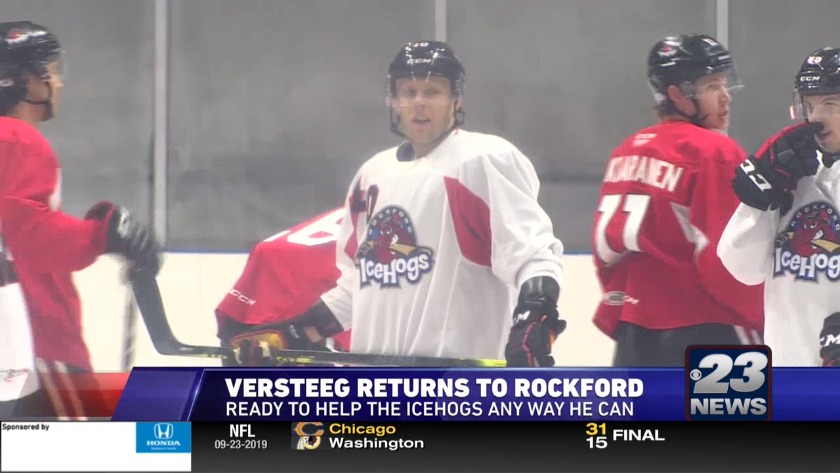 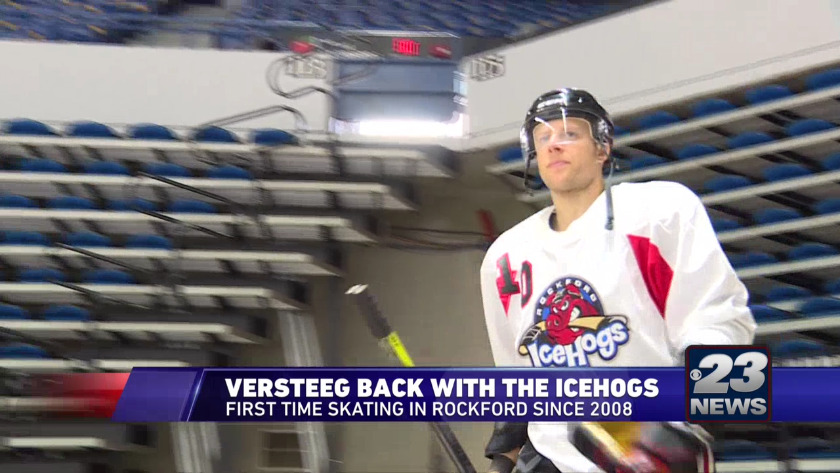 Versteeg back with the IceHogs 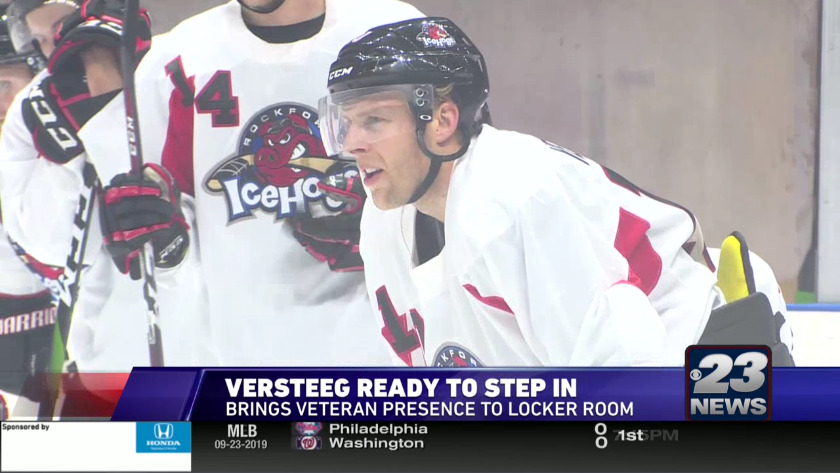 Versteeg ready to step in

ROCKFORD, Ill. (WIFR) As with any new season, some names stay the same and new faces look to leave their mark. One new face for the IceHogs happens to be a familiar name to many hockey fans in the stateline as Kris Versteeg is ready to help Rockford win again.

The 33-year-old inked a one-year AHL contract in April to return to the Hogs.

Monday morning marked the first time Versteeg has skated in the Forest City since 2008 when he played in 56 games and helped get Rockford to the playoffs.

Versteeg had a sense of nostalgia when he stepped onto the BMO ice for the first time in 11 years, but says he's excited more about his new teammates.

"It's been good," said Versteeg. "You know, coming around, and seeing the rink again. Seeing some faces I haven't seen in a long time. It was neat. Being on the ice today for the first day was pretty cool too because it's been a long time. Today was kind of tough to get impressed by anyone, but I think there are some young guys, Hagels and Entwistles and a lot of these guys, Sikura. There's a lot of good pieces there and a lot of good players. They have bright futures if they go for it."