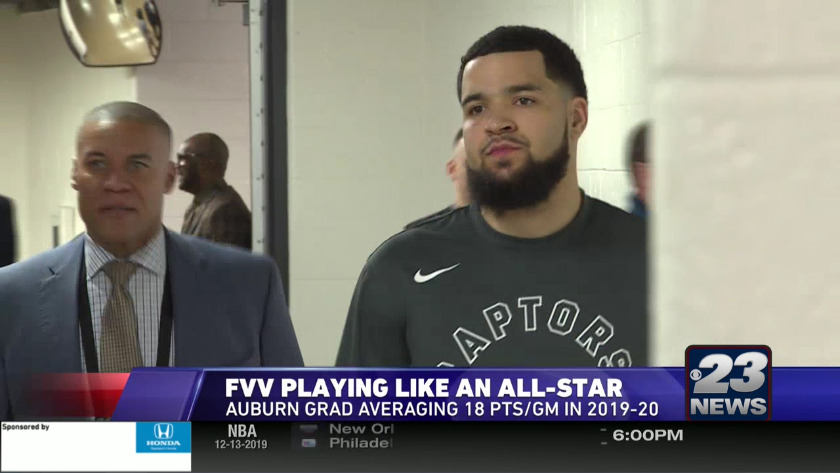 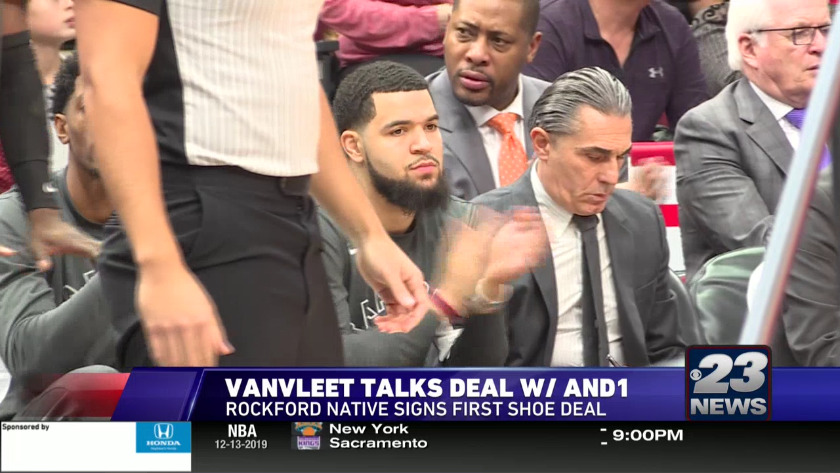 VanVleet talks signing with And1

CHICAGO (WIFR) Coming into his fourth NBA season, Rockford native Fred VanVleet had nine 20 point games in his career. Through just 22 games this season, he has 10.

FVV has transformed not only into a formidable starter in the league, but he is also pushing himself into the all-star conversation.

VanVleet is definitely making a case for it averaging 18 points, seven assists, almost four rebounds and two steals per game, which are all career highs.

With Kyle Lowry struggling this year, the Auburn grad's importance to Toronto is growing.

VanVleet has missed the last two games due to a right knee contusion, but 23 News was able to catch up with him on Monday in Chicago and he says an appearance at the All-Star Game is bound to happen.

"I would love to be at the All-Star Game, but I'm not going to lose sleep over it," said VanVleet. "But I would love to get that recognition. Obviously I feel like I've been playing well enough so we'll see how everything shakes out, but I know I'll be an all-star eventually whether it's this year or next year or whenever. There will be a time for that and hopefully it'll come sooner than later. I would love to be a part of All-Star weekend especially here close to home. That would be a big deal for me so we'll see how it pans out but I just have to keep working and keep being consistent."

And1 signed the NBA champion to a deal in November and he is living up to its expectations.

VanVleet says he is still working on getting his shoes into The FVV Shop on State Street.

"My entire childhood was playing in And1 so it's pretty cool to see I've come full circle," VanVleet said. "They reached out to broker a deal and work through the terms to come to a partnership. It's something I'm excited about this year and we'll see what the future holds. We're still working through the details, but hopefully we can have some available not only for me and my brand but for the And1 brand and keep promoting that for this year."