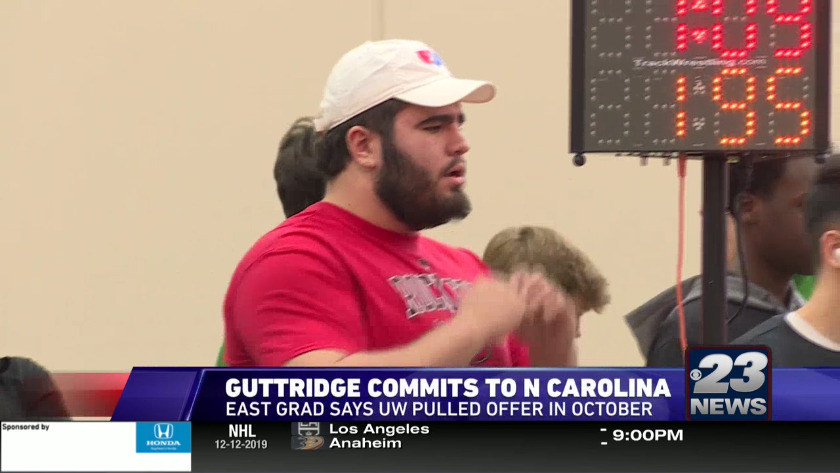 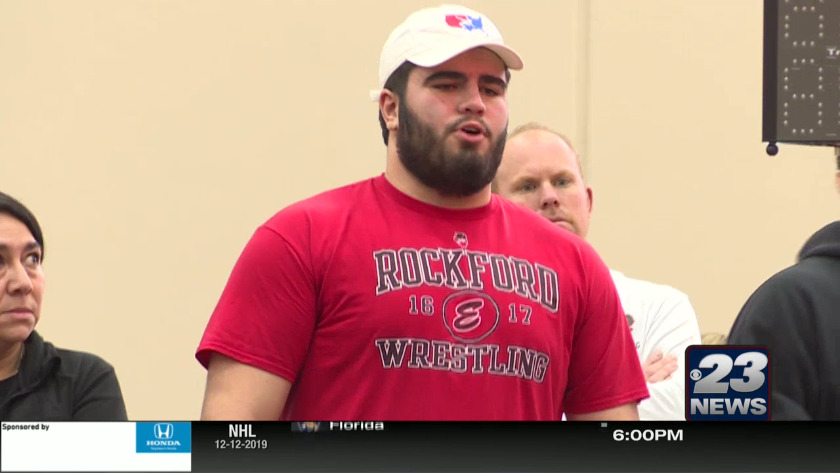 ROCKFORD, Ill. (WIFR) 2019 was a whirlwind for former East wrestler Aydin Guttridge. The E-Rabs heavyweight won state, became an all-american at the USA Greco-Roman Nationals and was set to start his collegiate career at Wisconsin. But that last one never happened and, instead, he's taking a detour.

Guttridge injured his elbow during that summer tournament, which required surgery, and he says in October, without an explanation, the Badgers pulled his offer.

The college freshman is now back home taking classes at Rock Valley and is helping out as a coach at East.

Guttridge says he has not been on a mat in about five months as he continues to rehab, but he opened back up his recruitment and this week announced he will be joining the University of North Carolina.

"It's nice that a lot of people can look past an injury and still look at your pure talent and your grades so that helped out a lot," said Guttridge. "Grades are very important so kids out there, make sure you get your grades up because that's how you get to college. Sports will eventually end for everybody so education comes first. I was glad that other schools kept wanting me. I was grateful for it, I was blessed and thanks to God for that. I'm just glad that it all happened."