Regents football not looking back at losing seasons 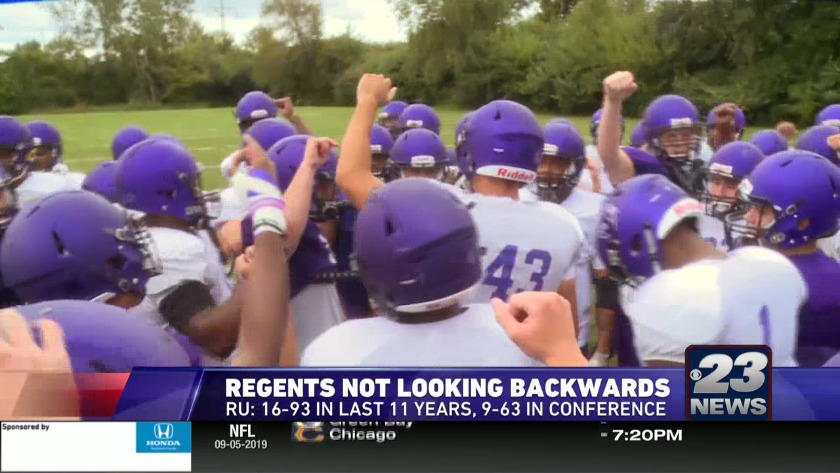 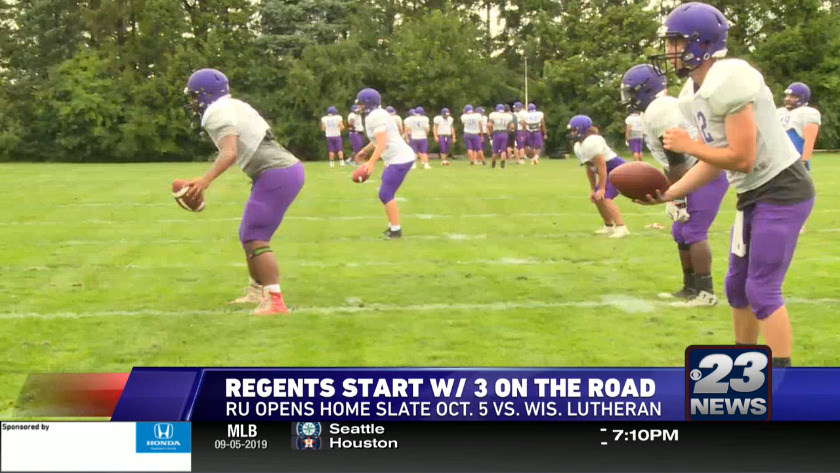 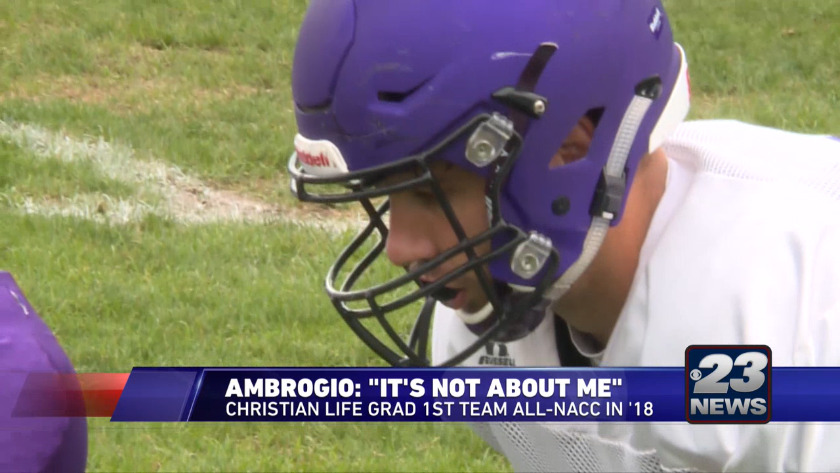 Regents' Ambrogio is all about the team

ROCKFORD, Ill. (WIFR) Rockford University football has not had a winner since 2007. It's been 11 straight years of losing for the Regents, who are 16-93 during that span, but with a new head coach comes a fresh start for the program and nobody is looking back.

In those four seasons, Zimmerman consistently had the defensive unit ranked in the top three in the Northern Athletics Collegiate Conference.

While the Regents only racked up three victories in 2018, which was a program high since 2007, Zimmerman believes they could have gotten more. He says a new sense of accountability should have the team on the right track.

"The biggest thing that we always say is that we should keep moving forward so every day that could be something different," said Zimmerman. "Every day it just has to be consistently moving forward and never going backwards. It's never going to stop. We're always striving to be better and I think our guys show up day after day wanting to do that and that's why we're going to have success this year."

"Any loss is difficult, but there's faith here and we've got a lot of faith in our coaching staff right now even though they're new," said junior running back and Boylan grad Paul Barmore. "We're all on the same page, we all want to win and we're all heading in that direction towards winning."