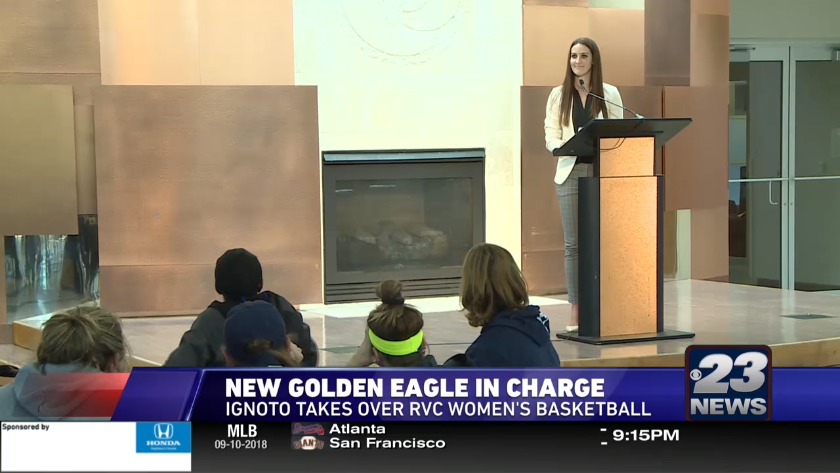 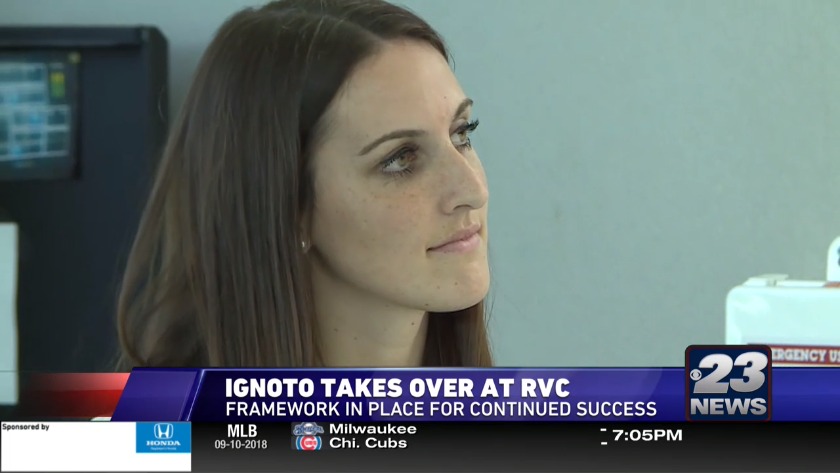 Framework in place for continued success

ROCKFORD, Ill. (WIFR) It's not every day you get to start a new career at the top of your profession. However, that's exactly what Taylor Ignoto is stepping into as the new women's basketball head coach at Rock Valley College.

Ignoto was introduced today as the newest Golden Eagle. As a first-year head coach, she takes over a program that won four national championships in nine years under recently departed Misty Opat.

Ignoto does have some coaching background under her belt. She spent the last two years as an assistant at Western Illinois University. Ignoto says while she is no Opat, she just has to be true to herself.

"I think naturally when you take over a really successful program, I think you do feel a little more pressure," said Ignoto. "It's different when you're taking over a program that they don't really expect you to win right away."

Ignoto will have a few pieces from last year's national runner-up to rely on. Madi Hecox is back for her sophomore season and thinks Ignoto is the right candidate for the job.

"For sophomores, it's going to be key for a few of us to step up and kind of enforce in the girls that our coach is not going to be the same as Opat and things will be different," said Hecox. "But if they listen to our coach, they listen to us, I think we'll be a contender for the national championship."

"It's a little a more pressure and I think that's something that I'll have to deal with and I'll have to get used to and I'll be able to handle."