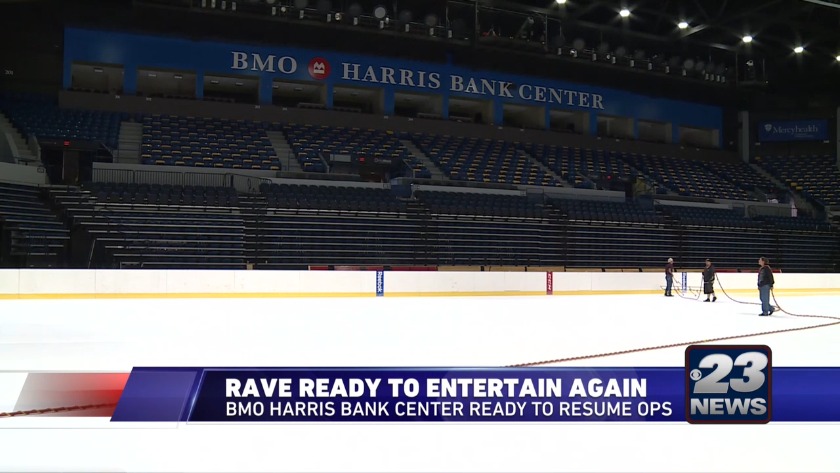 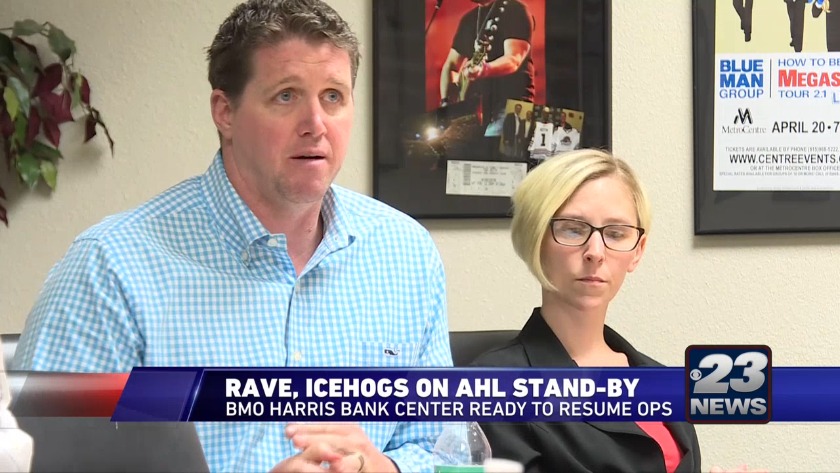 ROCKFORD, Ill. (WIFR) Saturday would have been the IceHogs regular season finale against the Iowa Wild. Rockford may have even been playing for a playoff spot. But while we wait for the AHL to return, officials and staff at the BMO Harris Bank Center are staying ready at a moment's notice.

Rockford Area Venue and Entertainment Authority Executive Director Troy Flynn said in all, 40 events have been canceled or postponed between the BMO and the Coronado Theater. That includes the remaining home games for the Hogs.

Spring is the busiest time of year for RAVE, with 37% of business coming from outside the Rockford area. Flynn wants to see the IceHogs and other events get back to the BMO as soon as possible, but does not believe they will take place in empty arenas.

"I think that they're going to intend to play to an audience. I think that that's part of that culture, that community, that these events and entertainment provide," said Flynn.

"Your WWE fans, your hockey fans, your motorsports fans, just so much entertainment coming through the doors. I think that that culture is still there. They want the community to be here, they wouldn't just play to an empty house."