NIU not phased by another big name school in Florida State 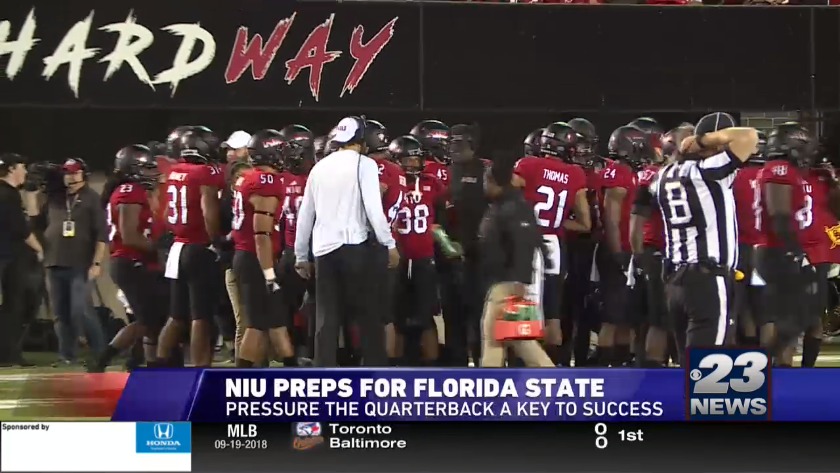 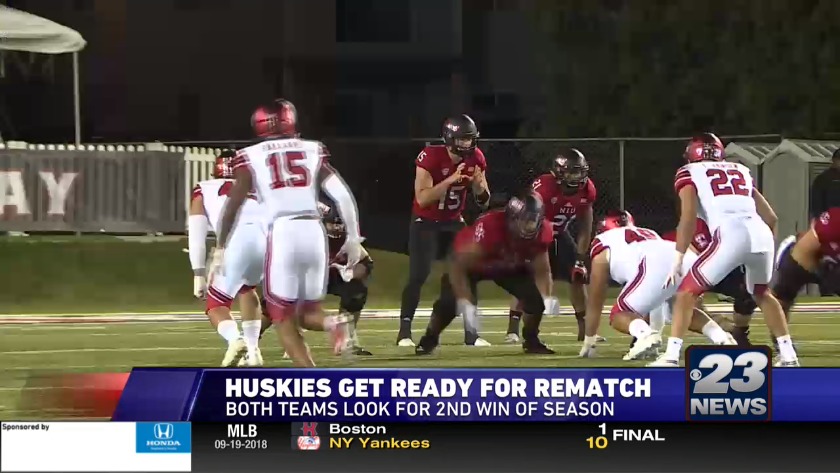 Huskies get ready for road test at Florida State

DeKALB, Ill. (WIFR) NIU will take on the Florida State this Saturday down in Tallahassee. It'll be the third game against a team from a power five conference this season.

Carey and the players say they are excited to take on another big name school. Both teams enter week four looking for just their second win of the season.

"It's a dynamic football team", said Carey. "I know their record doesn't show that. But you put on the film, they have players all over the field that are big, long, strong, fast, good football players. It's certainly going to be a challenge for us as we head down there and play on the road for the first time since week one."

The defense is ready to step up as well. The Huskies have given up just six total points in the first half of the first three games.

Players like Lance Deveaux Jr. and Weston Kramer say it's about getting after Seminoles quarterback Deondre Ffrancois.

"I think we're going to have a good game plan for him", said Deveaux. "We just have to contain him, take him out of his game, frustrate him a little bit and I feel like that will work out in our favor."

"We've been seeing that, we've been game planning with that", said Kramer. "We got to get a lot of pressure on him. We have been seeing that he's been getting very upset. As a defensive lineman, we need to get on that and frustrate him and try to mess him up."