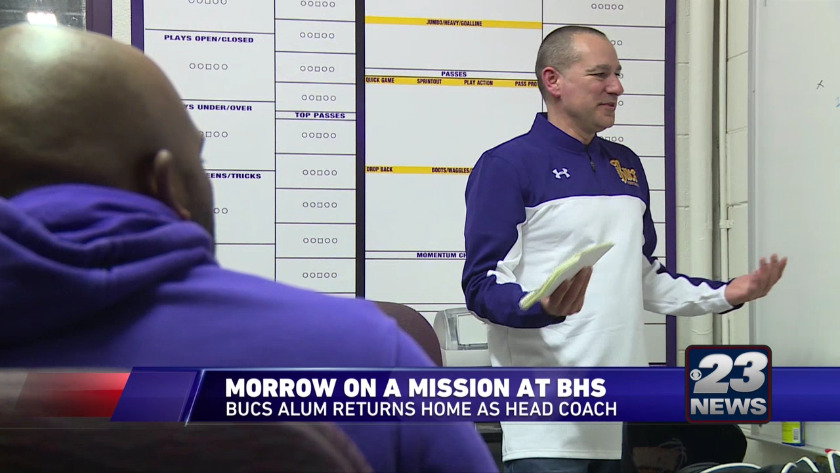 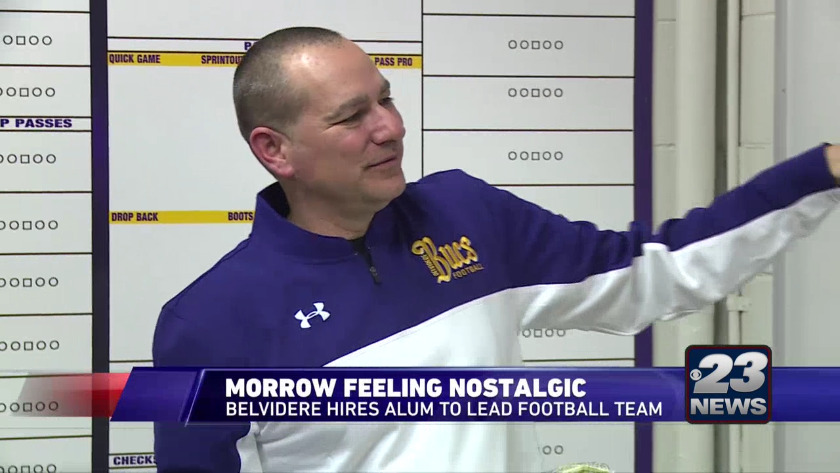 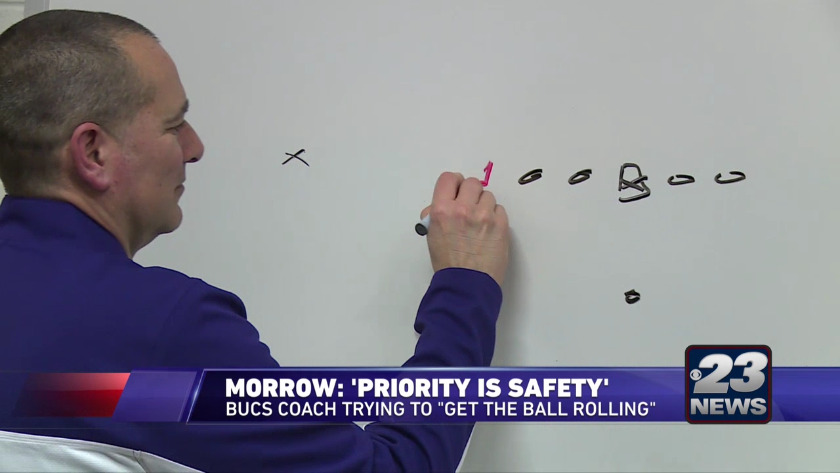 Morrow's priority is safety during outbreak

BELVIDERE, Ill. (WIFR) Jim Morrow is on a mission to restore Belvidere football to what it once was.

The Bucs have not had a winning record in five seasons and are without a playoff victory in 13 years, but they hope Morrow can be the one to change all of that.

"I'm just hungry to compete once again," said Morrow. "It's a part of my nature."

A year away from the NIC-10 was just too long of a hiatus and once the job at his alma mater opened up, there was no hesitation to come back home.

Belvidere is near and dear to Morrow's heart. He was a wide receiver for the Bucs in the late 80's and now he takes over a BHS team which just suffered its first winless season in almost 50 years.

"It's pretty nostalgic," said Morrow. "I can remember my high school locker over here and putting away my pads for the last time. It's kind of a crazy feeling, but it's very humbling and I am honored to take on this challenge."

The obstacle may be tough, but it's nothing Morrow has not dealt with before. Under Brian Benning, he helped Harlem turn it around after four straight 0-9 seasons.

Morrow says expectations are being raised at Belvidere.

"We're just going to be very fundamentally focused and we're going to instill a belief that we can win here and we should win here," he said. "The expectation that we have for ourselves is going to be pretty high and we need to hold them to that."

With his coaching staff taking shape, Morrow says he is ready to bring a sense of pride back to Bucs football.

While he believes big strides can be made right away, wins and losses will not be the focus.

"I don't want those expectations to be defined by scoreboards and records necessarily, but about how we go out and compete," Morrow said. "If we can play hard for 48 minutes and continue to show improvement week to week, I think that would be a huge victory and I think winning will come as a result of such things."