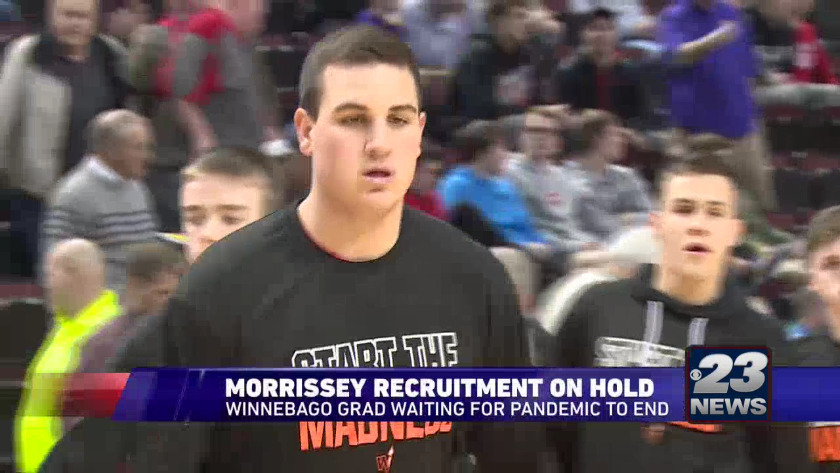 Morrissey's recruitment on hold during pandemic 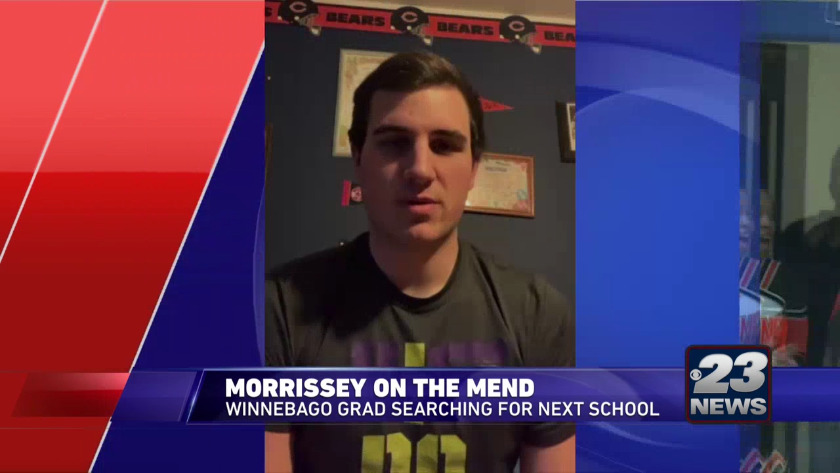 Morrissey on the mend as he searches for next school

It's only been two years since the big man graduated from Winnebago, but he has experienced plenty as he now looks to join his third program in three seasons.

After the head coach that recruited him to North Alabama was fired, Morrissey played just six games and then left the Division I team.

He returned home to play at Sauk Valley where he led the squad this past season in scoring and rebounding and was named the conference MVP.

His year was cut short in early February after he tore his ACL and now he's back on the recruitment trail, however that is now put on hold because of COVID-19.

"I don't want to commit to a school before I visit them," said Morrissey. "That puts a restriction on my decision-making. That's been not too good for all recruits and with me tearing my ACL, a lot of schools that I was talking to beforehand are not there right now. That's been a struggle for me. I have to deal with both the ACL and the virus so that just makes everything a lot worse."

He says although his sophomore season ended with an injury, his decision to return home was the right one.

"It was probably the best decision I've ever made for my basketball career," Morrissey said. "I came to a team that I had great chemistry with beforehand so I jumped into a program that already knew who I was and knew how to play my game. Honestly, this year was really good and fun. My first year of college wasn't very good. I ended up tearing my ACL at the end of the season this year so that obviously didn't help. First two years of college have been up and down, kind of like a roller coaster."

Morrissey says he has a few offers, but does not want to make a decision before he able to make some visits.