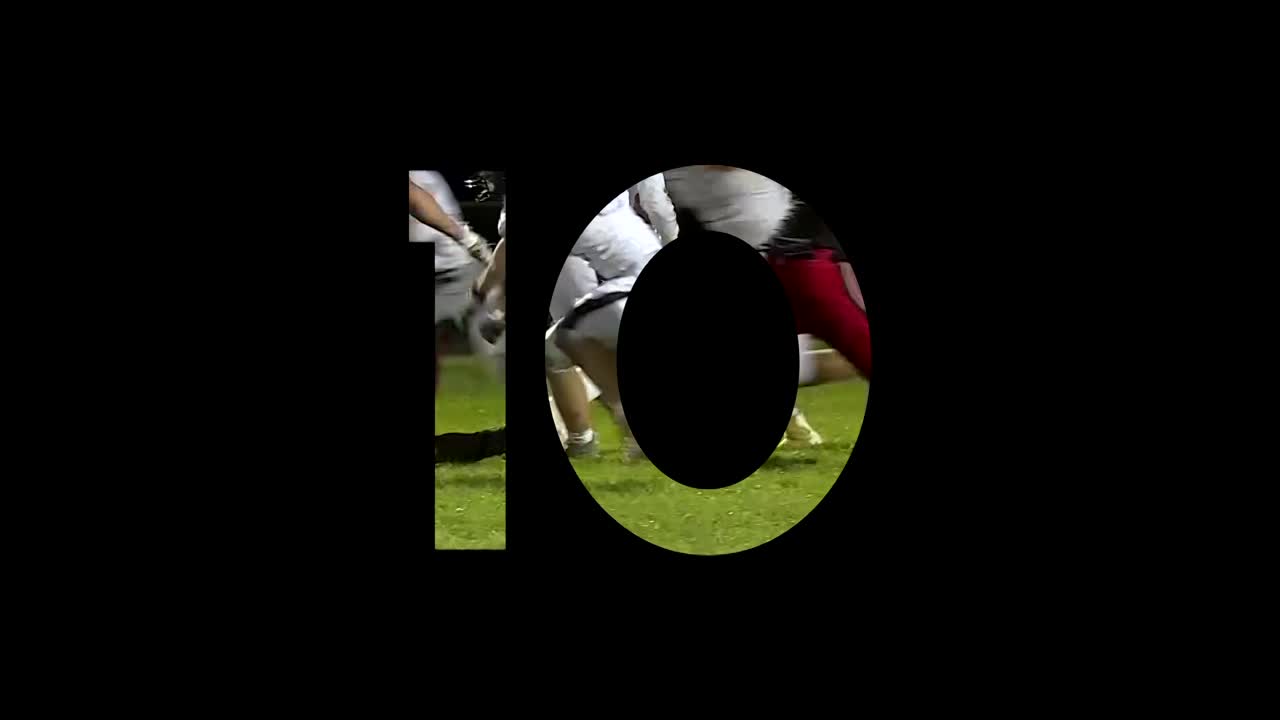 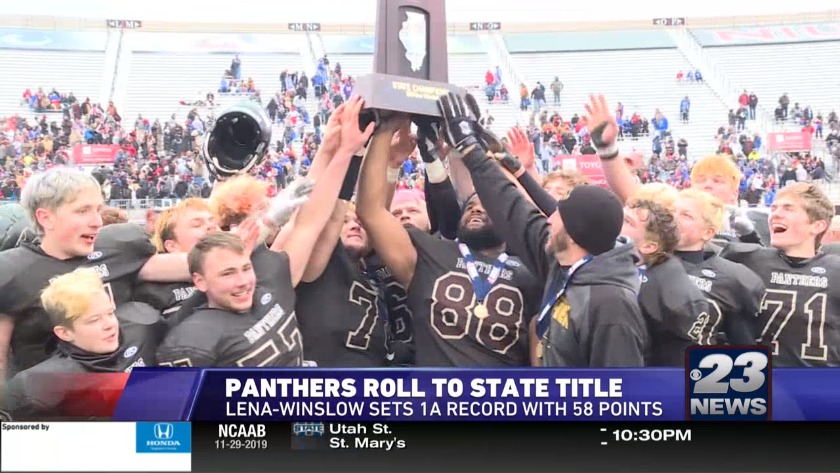 Panthers roll to 1A State Championship 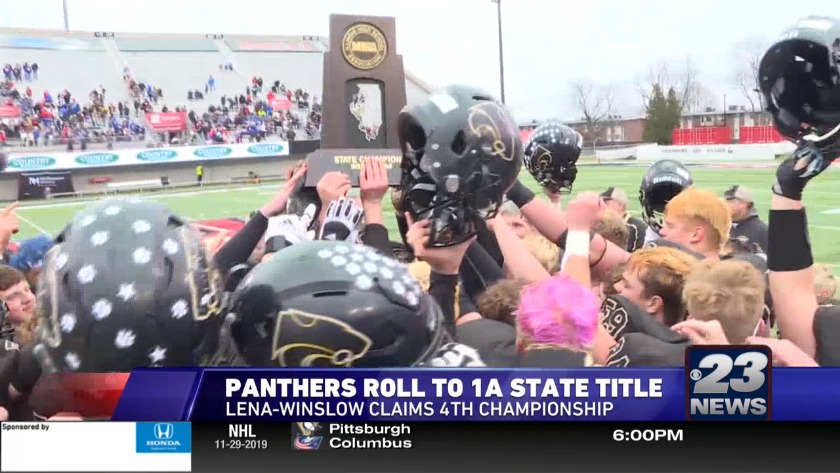 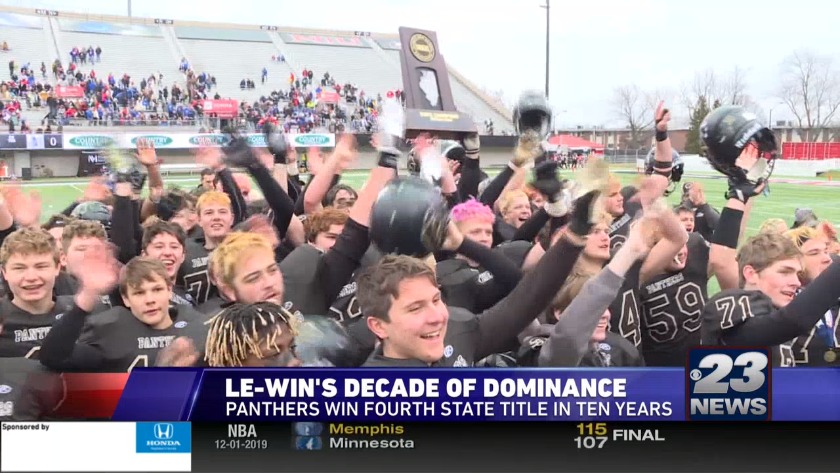 Senior Sean Ormiston led the way for Le-Win with a 1A record six touchdowns including one on an interception. Ormiston also set the NUIC rushing record with 188 yards on 23 carries.

As a team, the Panthers set a 1A record for most points in a title game and also ran for 310 yards.