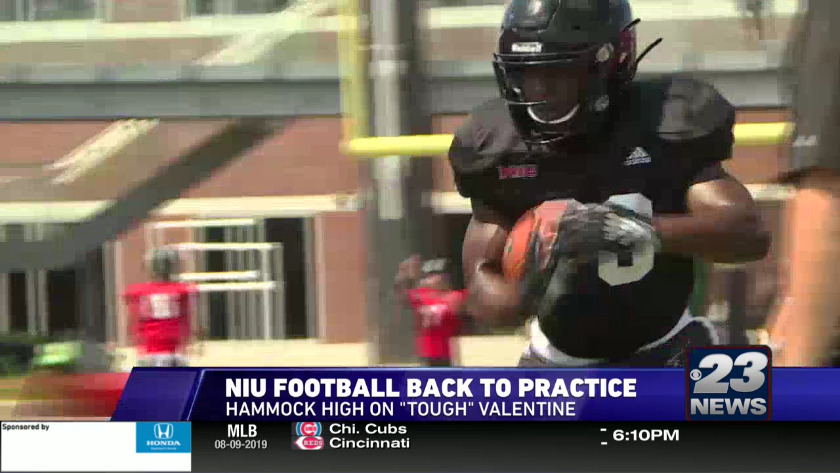 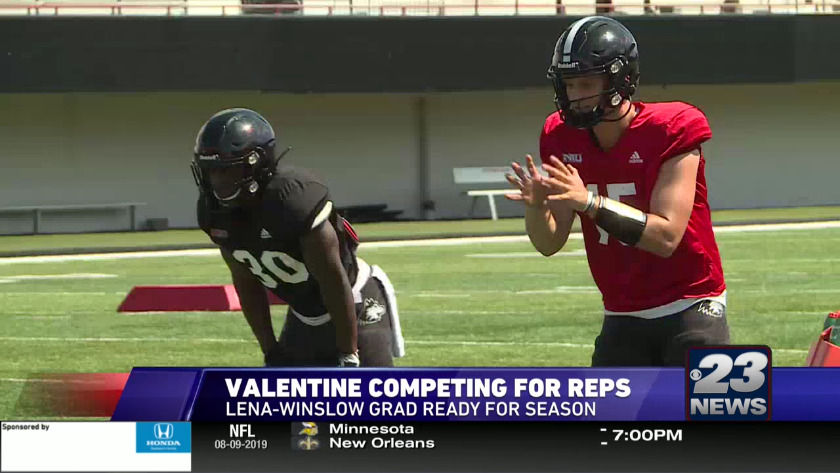 DEKALB, Ill. (WIFR) After watching his team win the MAC championship from the sidelines, NIU redshirt freshman and Lena-Winslow grad Rahveon Valentine is ready for his first collegiate season, but he will be fighting for any carries that he can get.

That's because the Huskies are about four men deep in the backfield, which is led by Doak Walker preseason candidate Tre Harbison.

The last time Valentine played in a game at Huskie Stadium, he helped the Panthers win the state title in 2017. The next time will possibly be Saturday August 31 when NIU hosts Illinois State.

While he is not the team's first or second option, Valentine says he will be ready for whenever his name gets called.

"Really just take advantage of your opportunities," said Valentine. "You never know when you're going to get brought up so you have to be ready. If you're on the sideline right now and you're not paying attention or taking mental reps and you get called and don't know what to do, you might not get another rep. If you get out there, just take advantage of those opportunities and that is what the coaches will see and effort is the main thing."