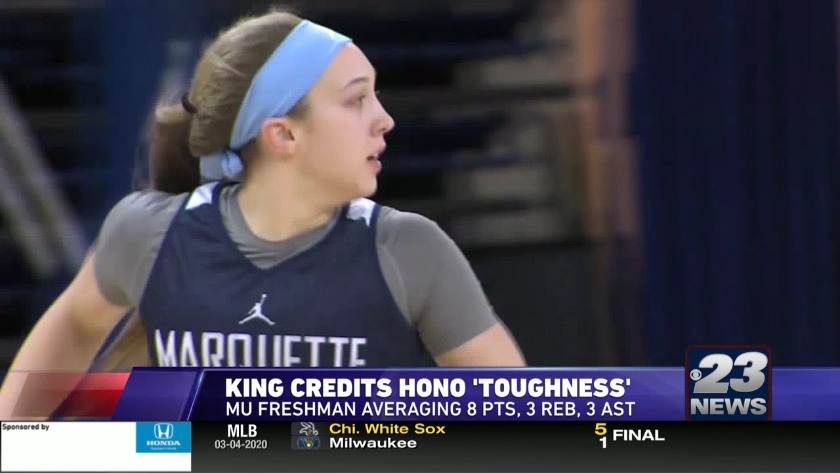 King credits Hononegah for her toughness 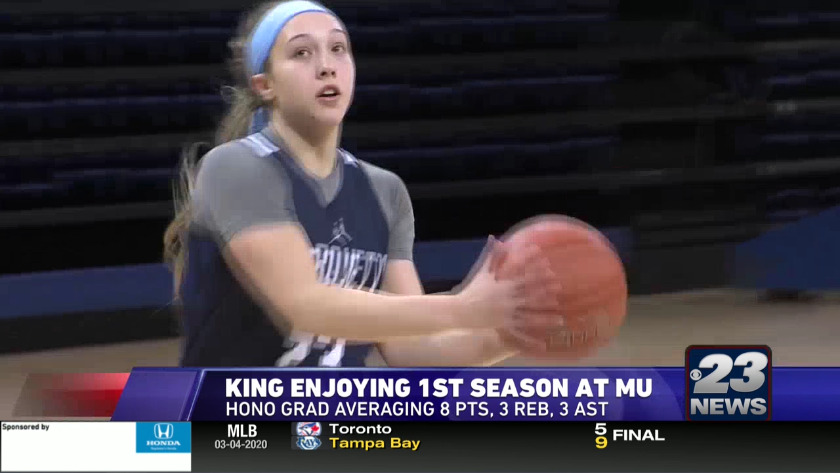 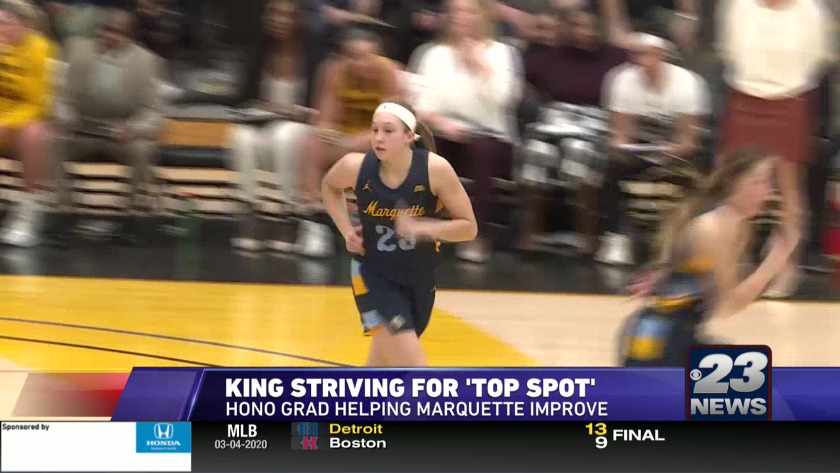 King and the Golden Eagles open up the Big East tournament this Saturday in Chicago as the two seed after surprising the rest of the conference with a 22-7 record.

King has started every game for Marquette as a freshman, averaging eight points, three boards and three assists.

She credits the Hono program for her toughness.

"I think developing a work ethic at a young age is something really important that will carry over into the college level," said King. "I think the program overall at Hononegah is something that should not be taken for granted by any player that goes through that program just because of the coaches that are there. They really develop you into being a tough player and that's something that really helped me."