IceHogs ready to make a move up the division standings 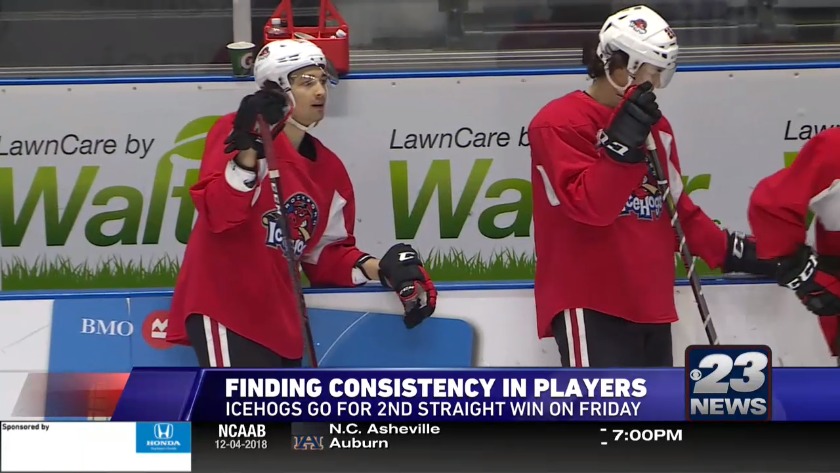 IceHogs look for consistency in play 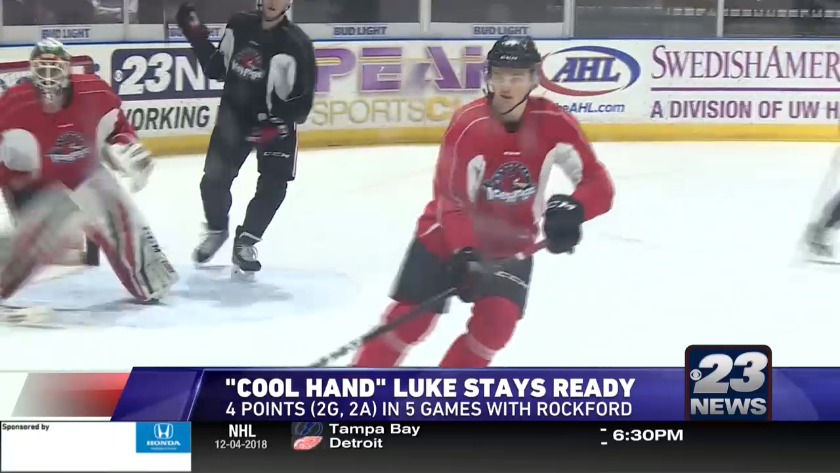 Luke Johnson stays ready for whatever is next

ROCKFORD, Ill. (WIFR) It's hard to say whether or not the IceHogs struggles have more to do with being on the road 10 of their 13 games in November or the recent coaching change. Either way, interim head coach Derek King has had enough of the inconsistencies.

King has been in charge of the team for nearly a month now. The Hogs are 4-6-0-2 in the 12 games since taking over behind the bench. The team has averaged less than a goal per game during that span.

King believes there was an adjustment period where players had to get used to him as the head coach and not just a coach. Besides a couple longer-term injuries, the team is as healthy as it's been.

"When I did take over, we had like six or seven guys out of the lineup, and key guys. So it was like, oh what do we have," said King. "The guys that were called up from the East Coast filled in perfectly and they helped us keep our head above water here."

"Now we're getting healthier and hopefully Chicago doesn't take any of our players. Now we can be more consistent with our lines and our power plays and specialty teams and then we can move forward."

The IceHogs continue their four-game homestand Friday against Grand Rapids.