IceHogs' King ready to go back to work 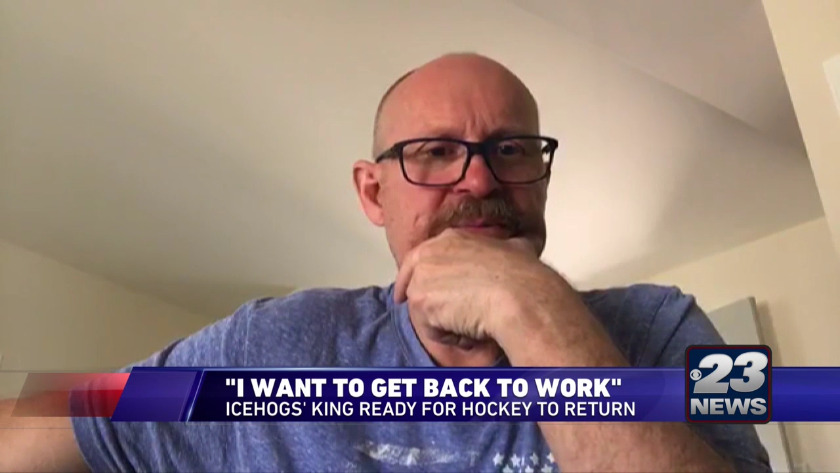 IceHogs' King wants to get back to work 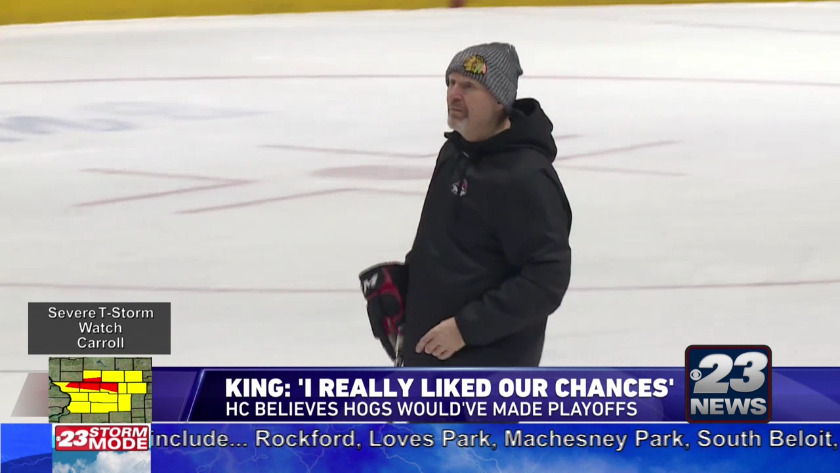 ROCKFORD, Ill. (WIFR) IceHogs head coach Derek King says it's pretty difficult to look at his calendar and see games still on the schedule. The regular season finale was supposed to be this Saturday at the BMO and, instead, he is just trying to figure out how to occupy his time.

King was on the team's Facebook page Tuesday afternoon for a live Q&A.

He says he is hopeful for the season to resume, but he knows just about as much as everyone else if that will actually happen.

King has been spending time with family, but is trying to stay out of the ear of his players since he says they get that too much during the season.

However he would like to get back to practice.

"These few weeks have been fine," said King. "Obviously I'd rather be at the rink and practicing and in this playoff push, but I have quality time with the family. We haven't strangled each other yet so everybody's safe and healthy here, but I'm ready to get back to work. I do not like the time off. I didn't mind it the first week, but now I'm pacing here looking for things to do. I want to get back to work."