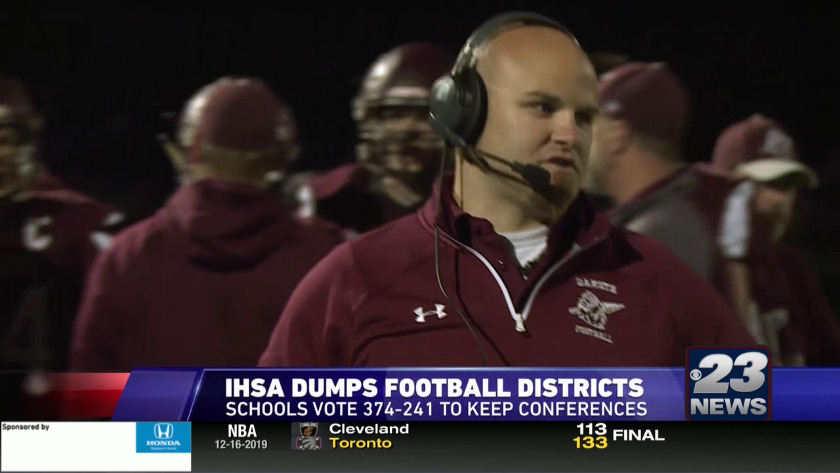 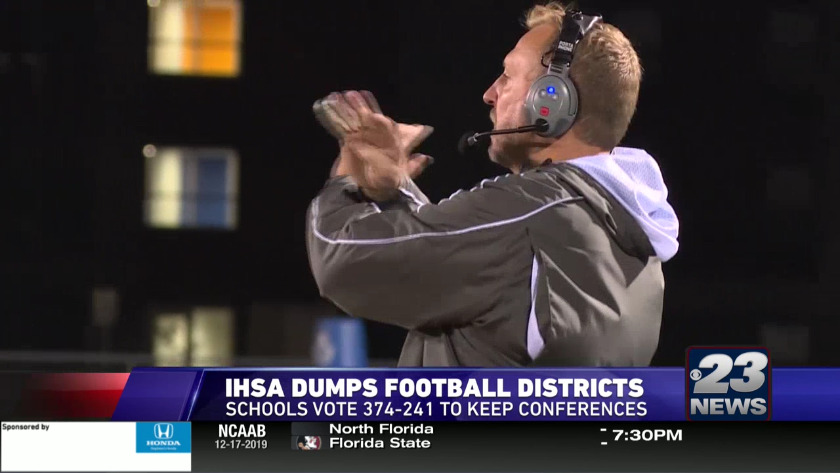 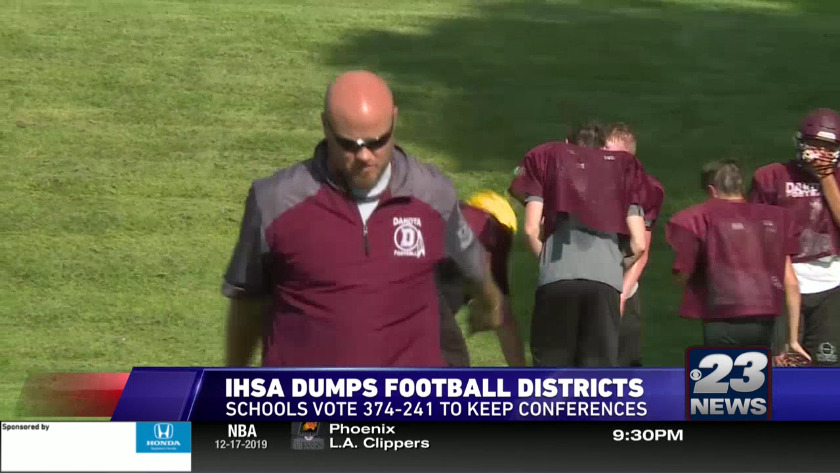 (WIFR) -- One year after approving a move to football districts in 2021, IHSA schools reversed their decision and will keep the current conference layout.

In December 2018, athletic directors from across the state voted on the original proposal with 324 approving it, 307 against it and 69 undecided, but in an amendment to rescind that decision, 374 were for it, 241 were against it and 87 were undecided.

The plan had IHSA doing away with conferences and implementing a geographic district system.

Teams would have been assigned to eight or nine team groupings based on classification and location before the start of the 2021 season.

Schools would have played seven district games and would have had to win four of those to qualify for the playoffs.