Hiawatha to switch to eight-man football in 2020 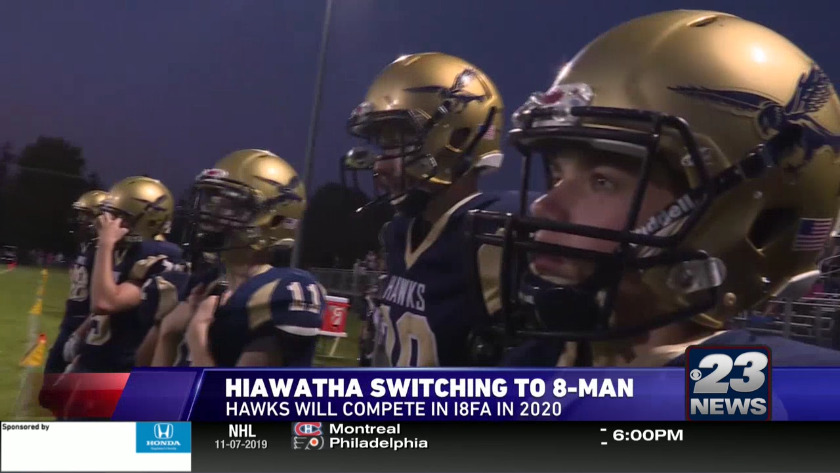 Hiawatha football switching to eight-man in 2020 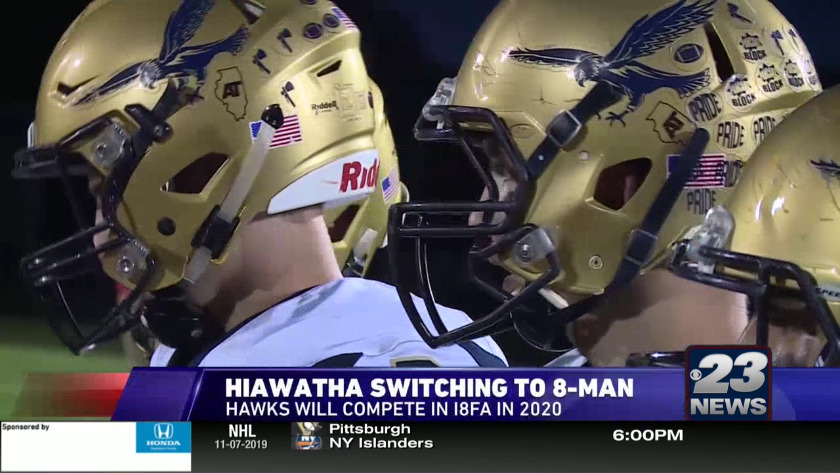 Hiawatha not worried about switch to 8-man

KIRKLAND, Ill. (WIFR) Making its players health priority number one, Hiawatha football will switch to eight-man in 2020 as it expects numbers to drop next season.

The Hawks will join Christian Life and Polo in the Illinois 8-Man Football Association.

Athletic director Ben Powers consulted with parents and students and Hiawatha accepted the longstanding offer from the I8FA. The administration made the decision not to risk the safety of its underclassmen, who might not be ready to play varsity football.

"We don't think about it at all," said head coach Jason Keneway. "Right now we're worried about this game ahead of us. I'm not real big on play harder because it's the last 11-man season or play harder for the seniors, we play hard all the time. The juniors, sophomores and freshmen work hard too and they deserve for everyone around them to play hard as well so we don't think about it much. That's for next year and right now we're locked in on this week."

Returning players like junior receiver Josue Rubio say they are not thrilled about the change, but at the moment they have something more important on their plate.

"I really wasn't too worried about eight-man mainly because we're focusing on playoffs right now, but it's definitely going to be different than 11-man and hopefully we can keep our success going in eight man," said Rubio. "We kind of took it the hard way, not really the hard way, but we were definitely like "Man, we were successful in 11-man and we just dropped down to eight-man." We're not mad. We're just glad we can still keep playing football."

If the Hawks can beat the Mustangs on the road, it will be the first time in school history where they won multiple playoff games in the same season.