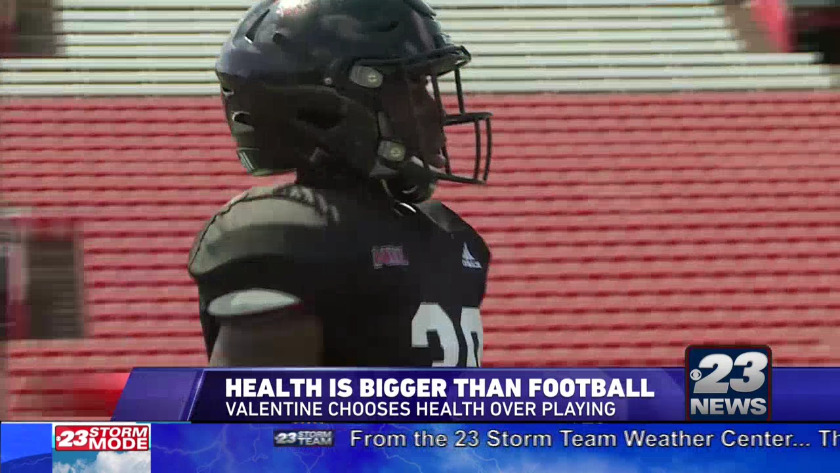 Valentine: "Health is bigger than football" 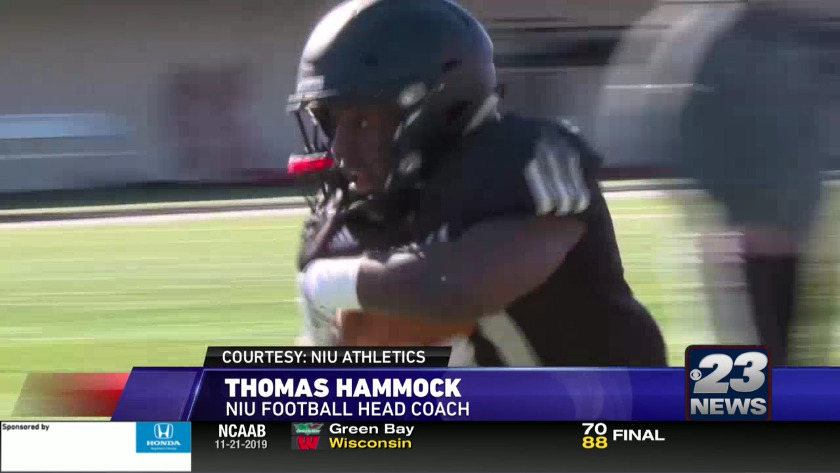 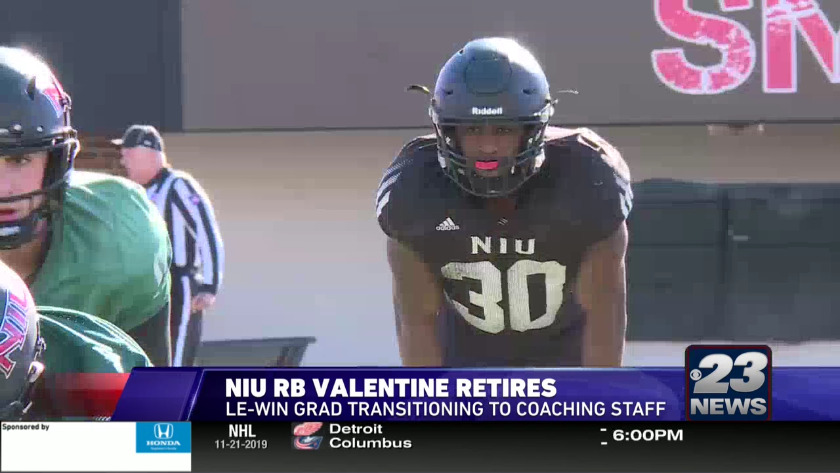 Le-Win grad Valentine forced to retire due to "medical situation"

NIU told 23 News that the decision was made because of concussions, but this does not end Valentine's relationship with the Huskies.

Huskies head coach Thomas Hammock says due to a "medical situation," the 2017 state champion is ending his playing career.

Valentine redshirted his freshman year and in the limited snaps he's taken this season, he rushed for 26 yards on six carries and made one catch for three yards.

When Hammock and the sophomore talked about his decision, he put an offer on the table to join his coaching staff and Valentine accepted.

"I talked to him face to face and man to man," said Hammock. "I said, "I have a son and I'm about to give you some advice that I would give my own son. I don't feel comfortable allowing you to go out there for the next three years and continue to play" It was an emotional conversation. He said, "Give me a couple of days and let me go back and think about it and talk to my family." I said, "This is what I want to do. I want to help you become a coach.""

Hammock says Valentine came back and told him, "Call me Coach V."