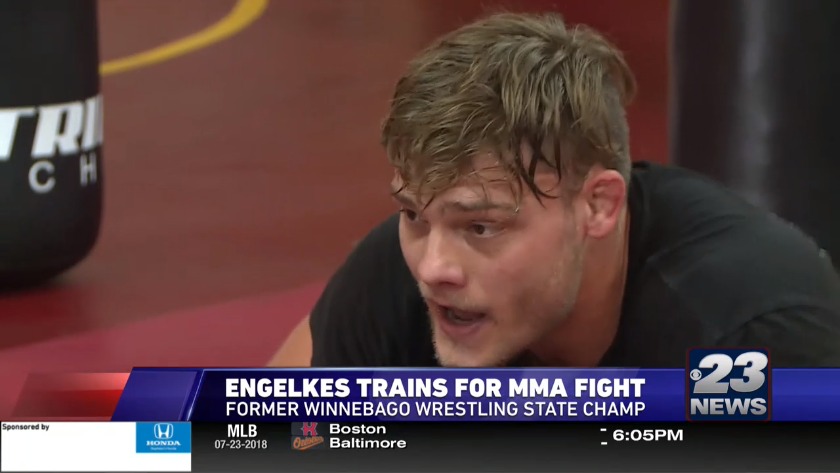 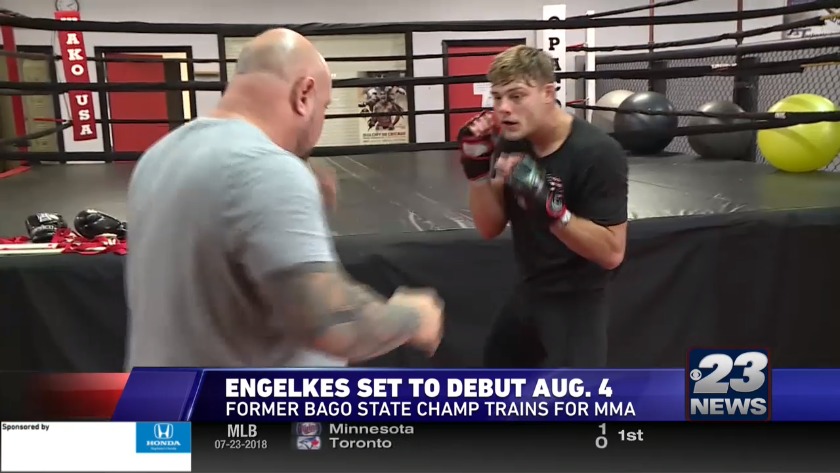 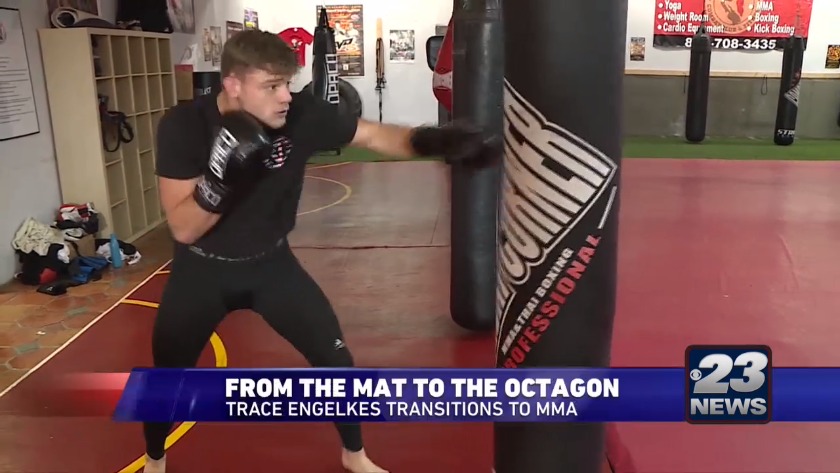 Engelkes transitions from wrestling to MMA

MACHESNEY PARK, Ill. (WIFR) He went undefeated as a junior at Winnebago on his way to a state championship, now Trace Engelkes is trading the wrestling mat for the octagon.

The 24-year old has trained for the last three months at Northern Illinois Combat Club in Machesney Park. He recently took some time off to help coach Team Illinois to a pair of national championships in freestyle and Greco-Roman wrestling at the U.S. Marines Cadet & Junior Nationals.

He is one of a handful of wrestlers to make the move to MMA. Hononegah graduate Corey Anderson is finding success in the UFC and Stillman Valley's Tom Holder had his first fight with Bellator last year. He believes the sport of mixed martial arts is on the rise in the Stateline.

"With the transcendence of MMA internationally and on a national level, you'll those in local areas too, it just might take a little longer," said Engelkes.

Corey Anderson knocked out in first round at UFC Fight Night

Corey Anderson knocked out in first round at UFC Fight Night