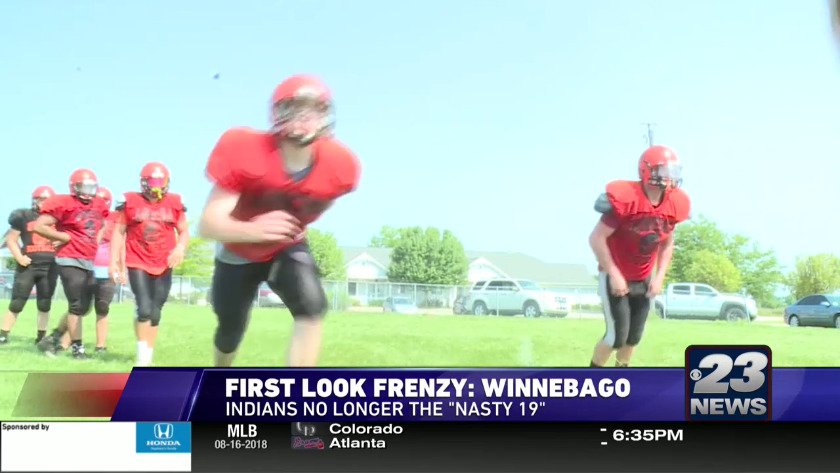 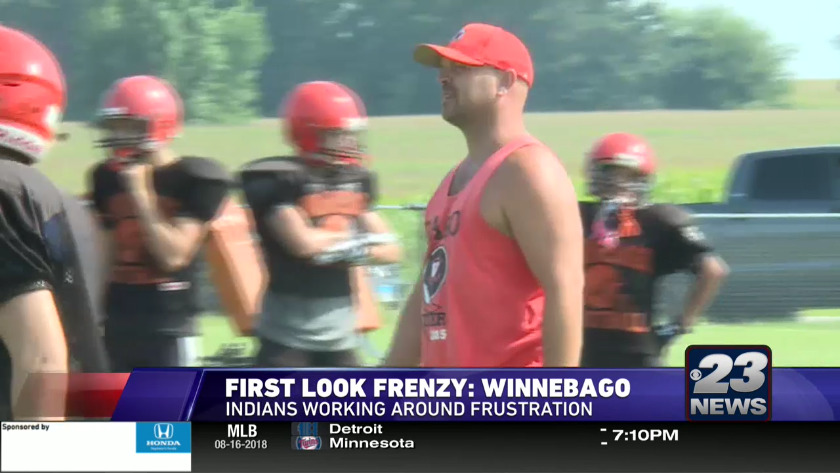 WINNEBAGO, Ill. (WIFR) Sweating through two-a-days while exerting so much energy on the field can be a lot for teams this month as they prepare for their week one opponents and Winnebago is definitely feeling those effects.

The Indians enter 2018 with higher numbers than the 19 they started with last year and they hope to make it four straight playoff appearances if they can maneuver their way through the Big Northern.

But Bago gets defending champs Byron in week one and it has had its share of obstacles on its way to opening night.

The heat has been especially hard on the Indians and they believe their attitude needs to be fixed because of it.

"It's the same every year, but it's been really hot these last few days," said senior Blake Schuur. "We're working on it and we're going to do pretty well if we get our attitude back to the way it was. Some of our players attitudes are getting pretty bad but if we work on that and start practicing pretty hard, I think we'll do pretty good this year."

"When it's hot and you've been at it for six days, a little frustration comes through," said head coach Mark Helm. "We've been getting on them and you have to fight through it. It's going to be that way on Friday night and you have to overcome that and teaching kids a lesson is about how to handle it."