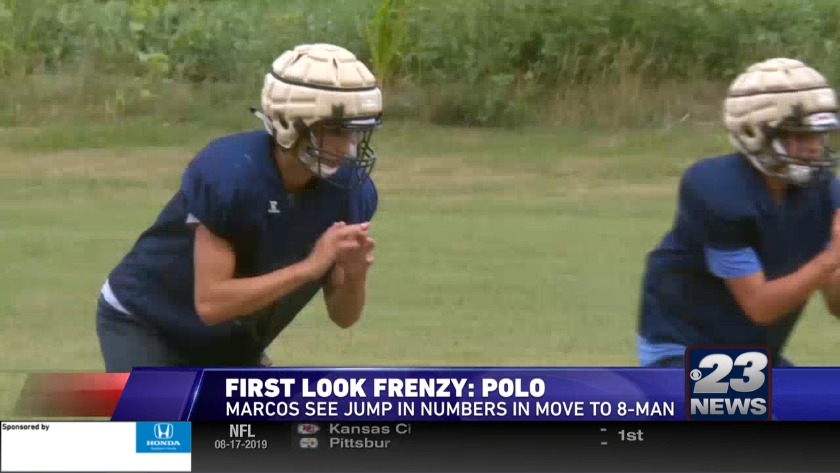 Polo sees jump in numbers with move to 8-man 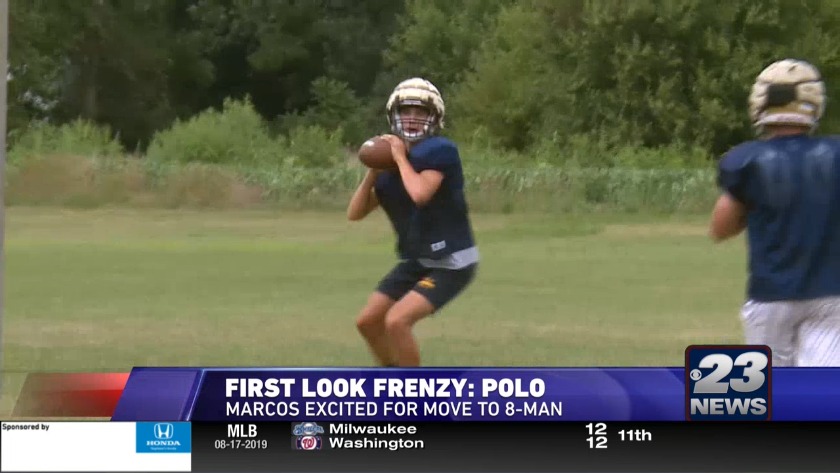 Marcos excited for move to 8-man

POLO, Ill. (WIFR) Polo is thinking big in 2019.and it has every reason to be excited for the upcoming season. After another successful year in the NUIC, the Marcos are ready to set sail and explore the open seasons in 8-man football.

This comes after Polo made the playoffs for the fourth time in five years in its final season in the small school powerhouse conference. Polo was given the option to either co-op, go 8-man, or fold. Head coach Jeff Bumsted said it was a collective decision to stay independent and join the new league.

It's turned out to be the right move. Polo has added 10 players to its roster from a year ago, now at 33. The Marcos return six seniors including Jace Coffey and he's excited for the switch.

"I think that 8-man is great for some of the seniors that want to go off to play college ball or juniors, sophomores, freshmen that think they want to play college ball," said Coffey. "I think this is great because I think it's the perfect amount of competitiveness for them to be able to improve their game and get better. Not just go to every game thinking, oh geez, Isaiah Bruce, Lena-Winslow, not these guys."

"We're going into each game thinking ok, we work hard in practice every day, we go into the game, we're going to go win. That's the mentality we're having right now."