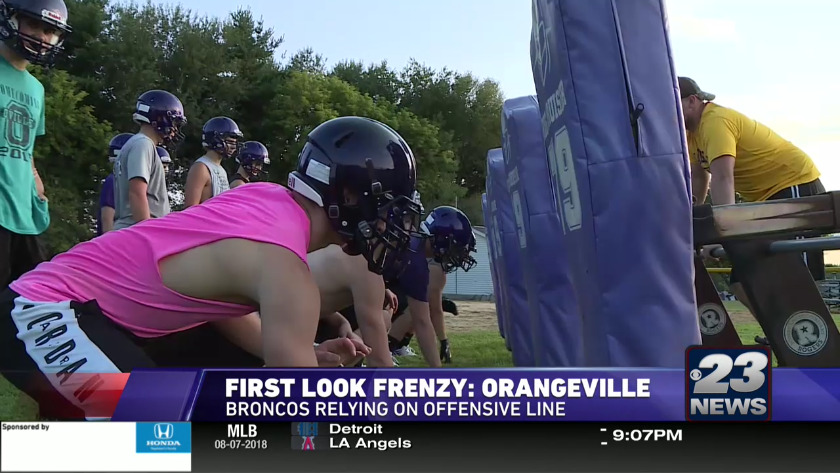 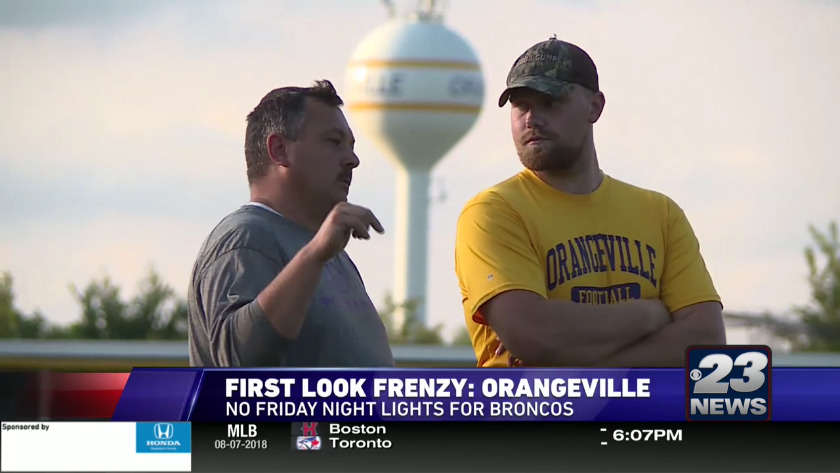 ORANGEVILLE, Ill. (WIFR) It's been a while since Orangeville was a consistent winner, but the team's first playoff appearance in seven years has the Broncos feeling better about their chances in the conference.

Orangeville does not mind getting its feet dirty in a muddied NUIC.

Four teams made the playoffs last year from the Upstate Division including the Broncos.

It was the first postseason berth for Orangeville since 2010.

The Broncos return eight starters on both sides of the ball, but the one big thing head coach Jay Doyle is proud of is his offensive line.

He says the skilled position players may grab the headlines, but the line is where the wins will come from.

"It always starts up front," said Doyle. "It's gonna start with our offensive line. Those guys have started every game since their sophomore year. Since week six of their sophomore year, five of the linemen have started every game for us. But our games are going to be won and lost on our offensive line and we have some real good linemen. I think that's where it's going to be won and lost for us. They're the biggest thing we've got to worry about and get better."