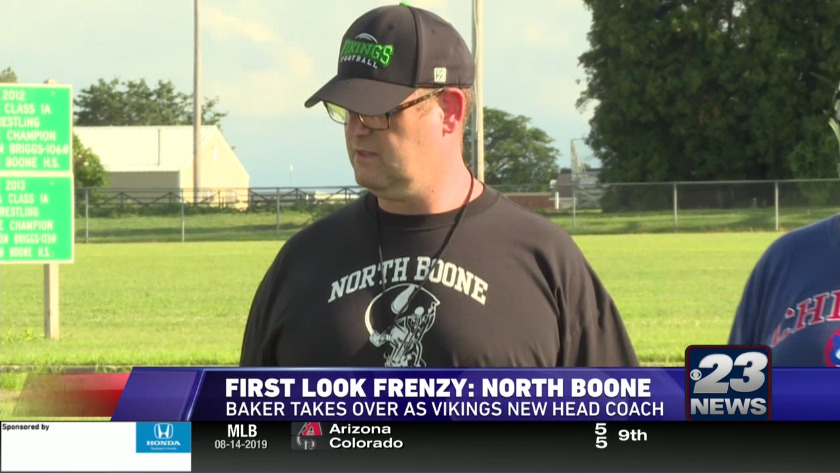 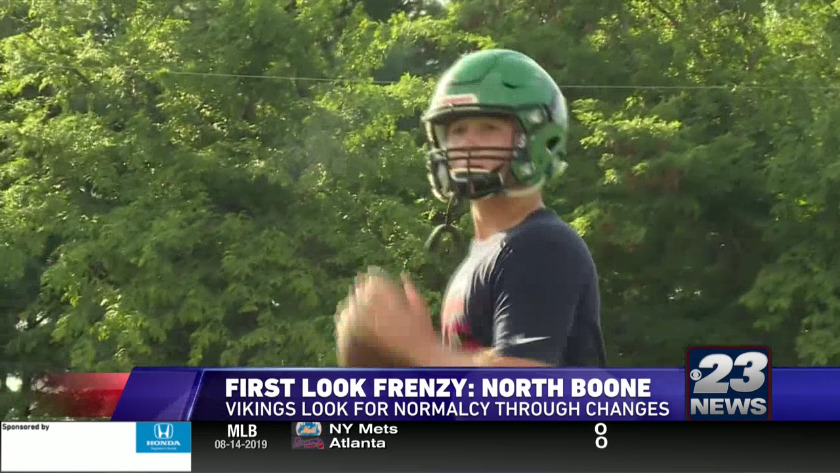 POPLAR GROVE, Ill. (WIFR) North Boone had just about everything go its way in 2018 including making the playoffs for a second straight year, but as with all high school teams, change is imminent and the Vikings will have a few new pieces in place come this fall.

Phil Baker takes over as head coach after Aaron Sullivan stepped down this offseason.

The longtime assistant has been at North Boone with Sullivan since the Vikings moved to the Big Northern Conference in 2006.

Baker will have his hands full preparing a team that loses four first team all-conference players including quarterback Britton Morris.

Baker says it's put up or shut up time for him as a coach and wants to bring some grit to North Boone.

"I played offensive line in high school and college and I've always coached the offensive line," said Baker. "For me, I'm just trying to bring the offensive line mentality to the team. Instead of North being recognized as more of a finesse team. We really want to be more physical, be as physical as the most physical teams in the conference. We still want to win games by catching the ball and big plays and a great passing game. But, we want to focus on being stronger and a little bit more physical."