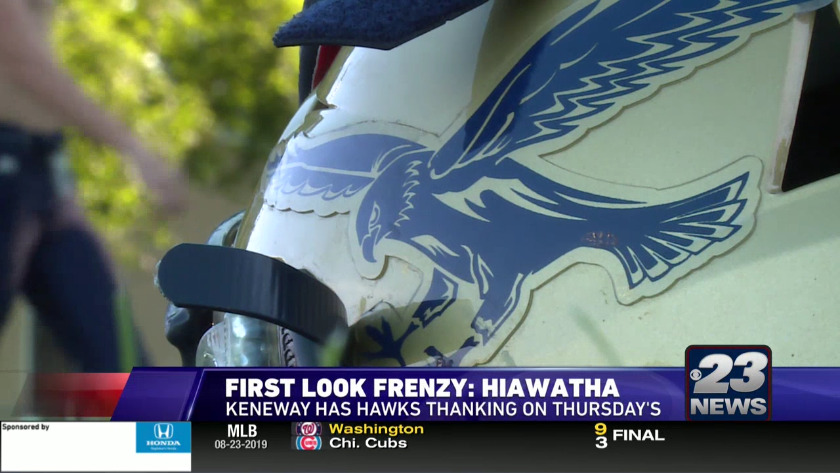 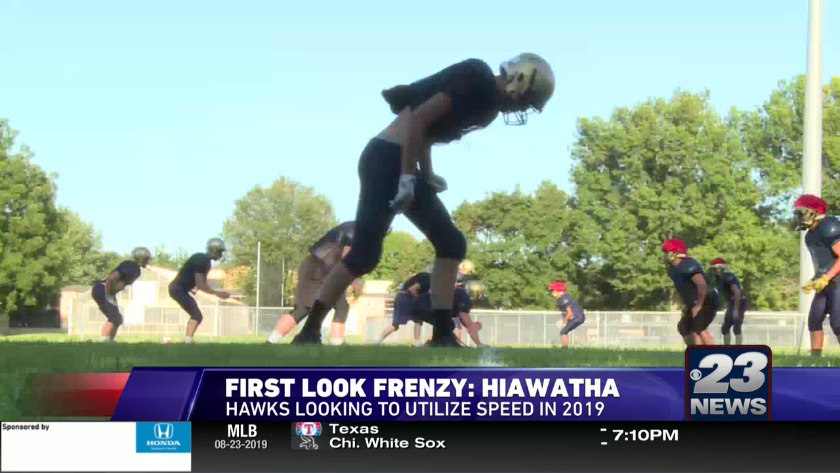 KIRKLAND, Ill. (WIFR) Hiawatha head coach Jason Keneway has done his job during his first three years in Kirkland. The Hawks have a winning record with him in charge and they have made the playoffs twice, but that is not where his work ends with these players.

Keneway says his focus is on molding his men into positive role models for society.

Before being hired by Hiawatha in 2016, Keneway played for UW-Platteville and it was there that he learned about 'Thank You Thursdays.'

After arriving to a program which had not made the postseason since 1987, Keneway needed to change the culture. Whether it's a family member, a friend or a teacher, he wants his players to just say "thank you."

"Even if you're not winning, you still need to be building better men because football ends one day and then who are you going to be," asked Keneway. "With 'Thank You Thursdays,' that's just part of the stepping stones of becoming a man and these are young men so it's something that we need to do. In today's world, we don't hear it enough. If these guys can tell a teacher "thank you," I think it will go a long way."

"It's always good to take a second and reflect on all of the people that have helped you and turned you into the person that you are," said senior receiver Tyler Kilcullen. "It's always nice for them to hear that. It makes their day and it makes you a better person."