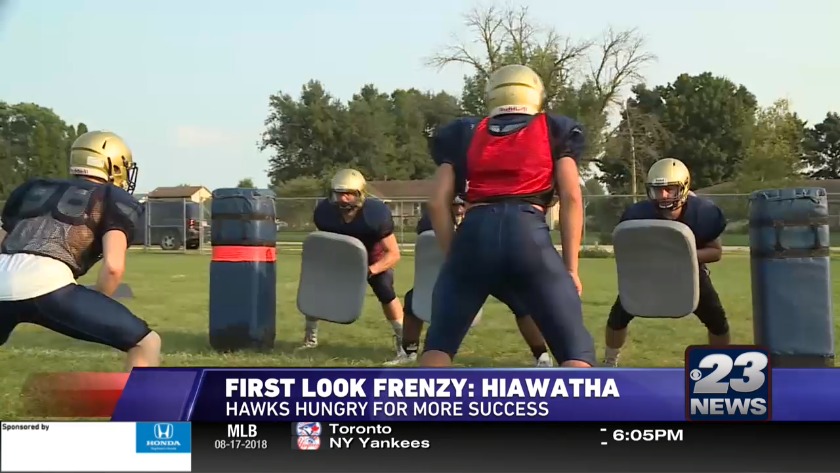 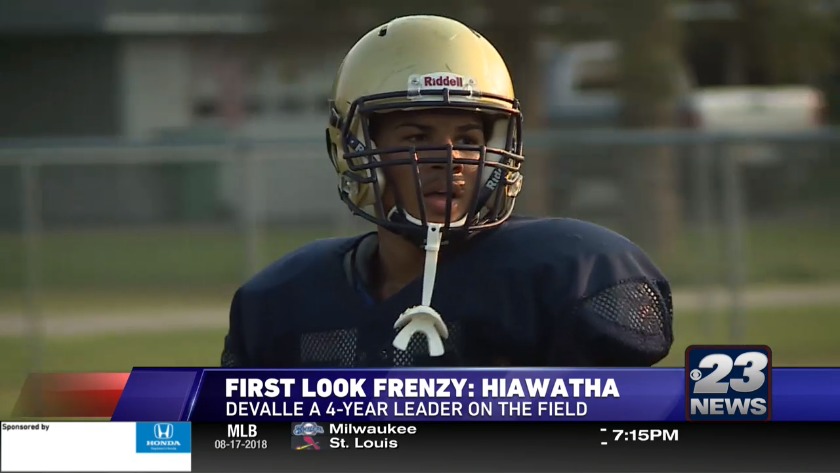 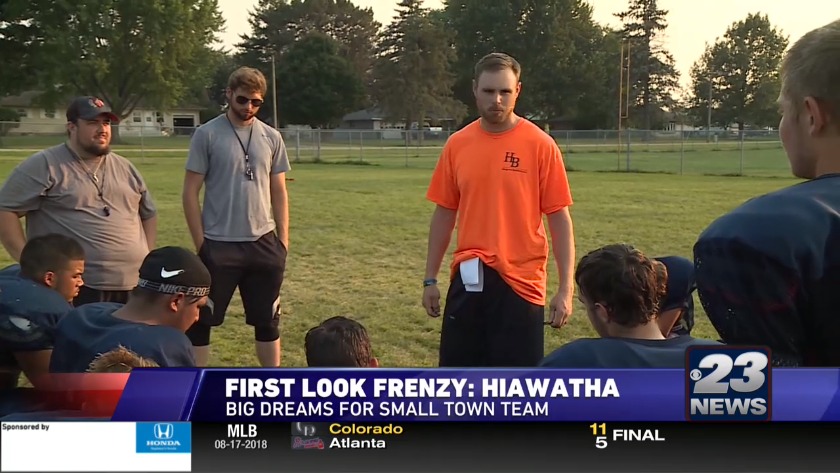 KIRKLAND, Ill. (WIFR) Head coach Jason Keneway is proud of the steps his program has taken in his first two seasons.

The Hawks made the playoffs for the first time in nearly 30 years in his inaugural season as head coach. Last year, Hiawatha finished 5-4 but missed the postseason on points. It marks the first time ever the football program has put together back-to-back winning seasons.

Keneway credits his players for buying-in, like senior Miguel Delvalle. The four-year varsity guard and linebacker says his success and the team's success is because of Keneway changing the culture.

Delvalle was a first-team NUIC all-conference linebacker in his sophomore season. Keneway says he always wants more from his team and Delvalle echoes that statement.

"From a fat little O-lineman his freshman year to this skinny beast at linebacker and now look at him," said Keneway. "He flies all over the field. It's awesome to see because that's been in him the whole time."