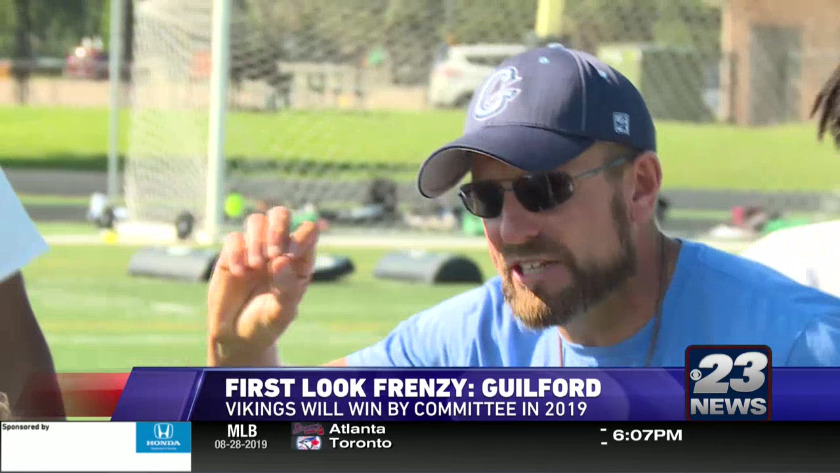 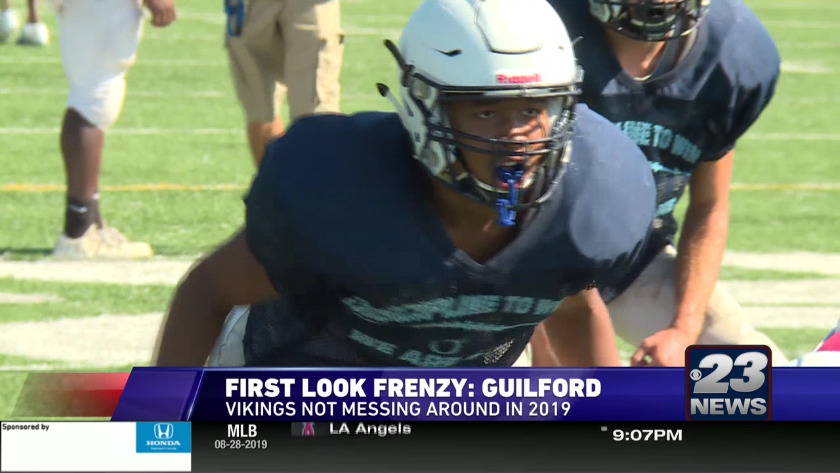 First Look Frenzy: Guilford not messing around after 0-9 season

He may not have been ready after watching Bruce Bazsali step down in the preseason, but he says he is much more prepared this fall.

It's all about taking baby steps for the Vikings who failed to win one game last year with Diduch on the sidelines, but they believe they put in the work this offseason.

Guilford should not be too far from winning football since three of its losses were by a combined 19 points and the Vikes held a halftime lead against Auburn in the season finale before giving up 21 second half points.

However Diduch says football is football and it does not matter if it's the NUIC or 8-man, the team simply did not block or tackle well enough last year to win.

"We're going to win by committee," said Diduch. "There's not going to be one guy that we need to be great that day. Everybody's going to be doing their job and pushing the team forward. I think we were dependent on a few people. When those plans didn't work, we didn't have a plan B. We tried to install a system both on offense and defense where, if one guy gets banged up, or if some other issue comes up, that we got another guy that's in that can play that position."