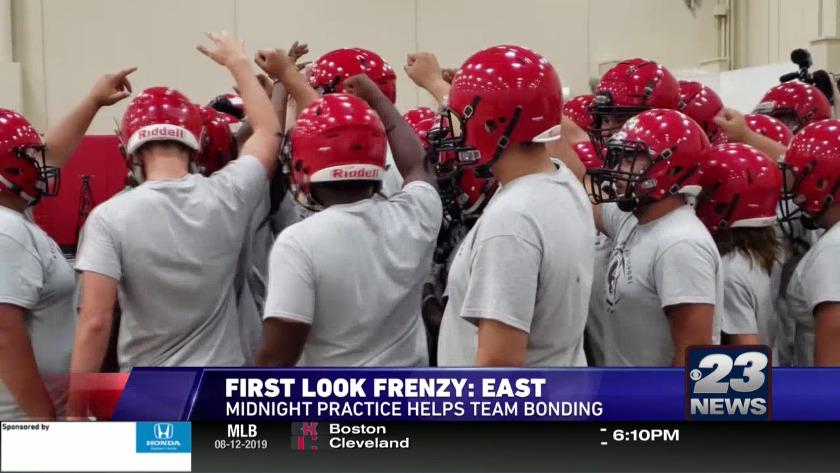 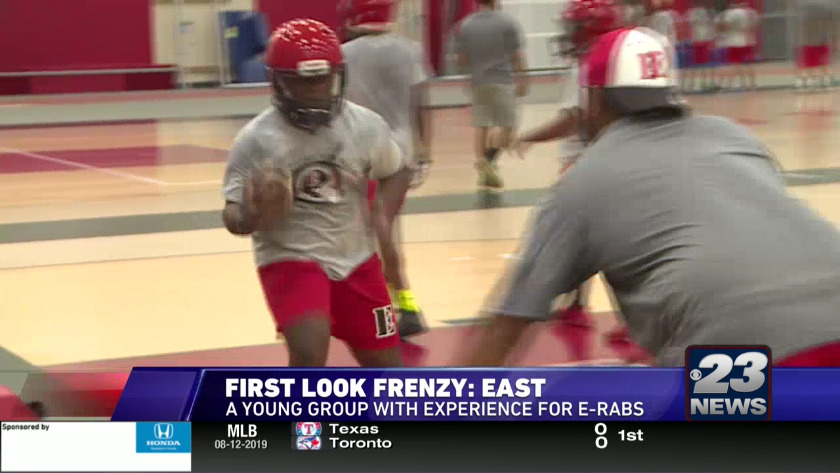 ROCKFORD, Ill. (WIFR) 2018 did not end the way E-Rabs football would have liked with a loss to Belvidere North to end the regular season followed up by a playoff shutout defeat to Simeon.

So the quickest way to get that taste out of East's mouth was to start the 2019 season as soon as possible.

That's exactly what the E-Rabs did early Monday morning as they got to work as soon as the clock struck midnight.

It's the third straight year head coach Gary Griffin has opened with a midnight practice and maybe there is something to it.

The E-Rabs are coming off a 5-5 season and back-to-back playoff appearances. Players say it's a great way to bond three weeks before the first game.

"It's crazy because it was kind of hard, it's tiring," said quarterback CJ Berry. "Because you're coming in practicing after a long day and stuff like that, but it was pretty fun."