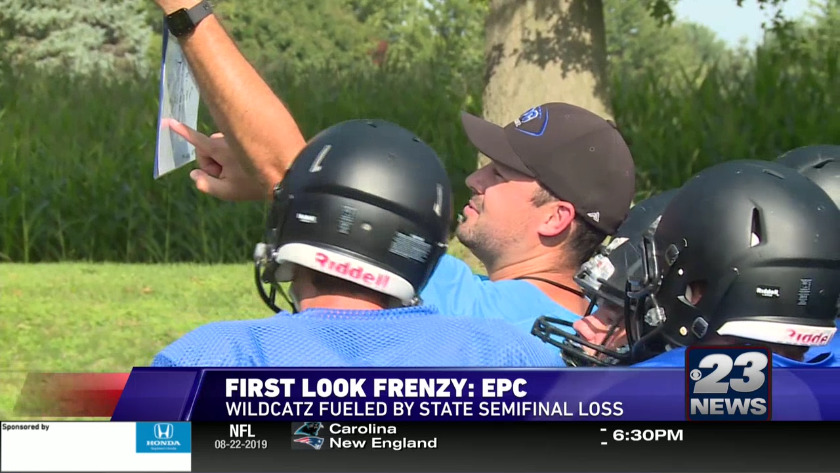 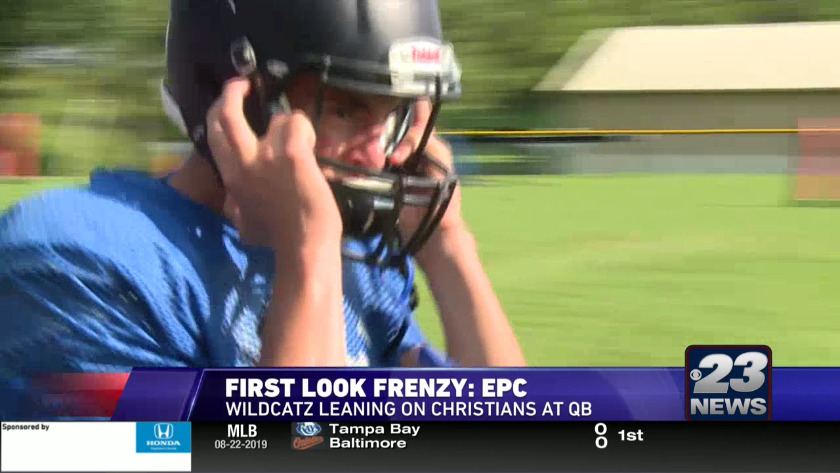 PEARL CITY, Ill. (WIFR) Lane Christians has not played competitive football for six years, but this fall the EPC senior will not only return to the game, he will be leading the Wildcatz offense as their quarterback.

Christians stopped playing football after sixth grade because he was diagnosed with Sever's Disease, which causes growing pains in the heel.

While lifting in the weight room after school head coach Jared McNutt convinced Christians to get back onto the field.

The QB and Eastland starting point guard says he has since been cured and is trying to get re-acclimated as fast as he can.

"It's been transitioning pretty well," said Christians. "Obviously wearing the pads is different compared to seven on seven stuff in the summer, but coaches have been working with me and getting the fundamentals down and trying to memorize the plays so it should be a good year."

"He's probably one of the most athletic kids in the school," said McNutt. "He's their point guard in basketball so he's got that leadership role down but it's just the fundamentals and how to act as a quarterback and the situational things, he doesn't have that yet. I'm trying to put him in different situations to make sure that he does."