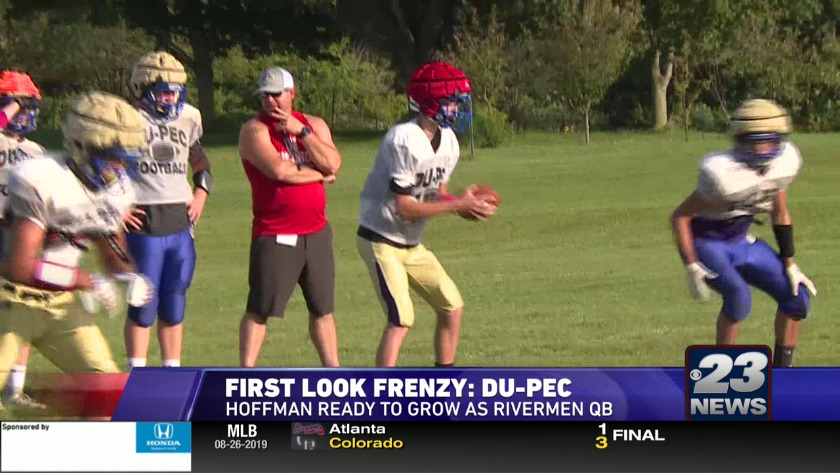 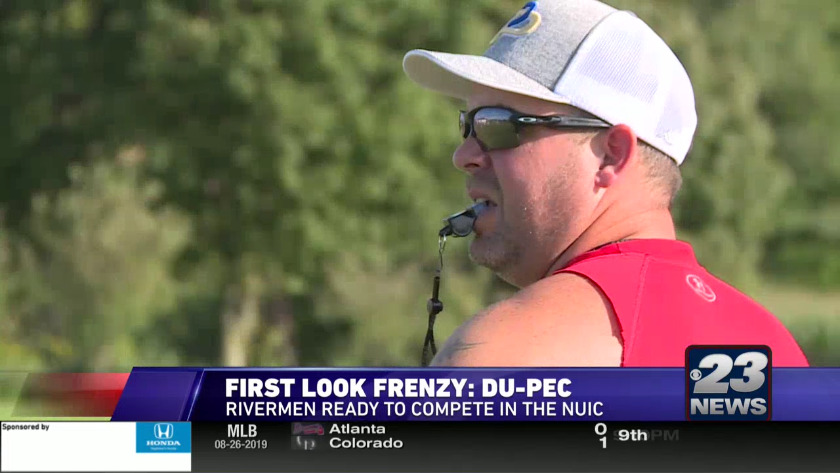 First Look Frenzy: Rivermen ready to compete in the NUIC

PECATONICA, Ill. (WIFR) While other programs feel more comfortable going with an upper classman to lead their offense, Du-Pec is asking a sophomore to take control, and Hunter Hoffman has no issue doing so.

After getting thrown into the fire as a freshman for a few games for the Rivermen, Hoffman is now one of the team's captains as well as starting QB.

Head coach, and father, Tyler Hoffman says the learning never really ends for the young quarterback, who he says definitely has the IQ and the skillset to be leading the varsity squad.

The sophomore says there is plenty on his plate, but getting advice from the older guys is helping out a lot.

"The juniors and seniors have been great to me, helping me out being a leader since quarterback is a pretty responsible job," said Hoffman. "They've been really great to me."

"You've got to give him credit," said seniro Cody Richardson. "He works his craft and he's really good. He does everything exceptionally well. He fits the role really well with quarterback being a big role like normally senior quarterbacks is what you'd think, but as a sophomore he's coming in and filling it really well. He's picking our team up, leading the way a little bit and he's got some help from really good seniors and juniors who are pushing him, helping him and supporting him."