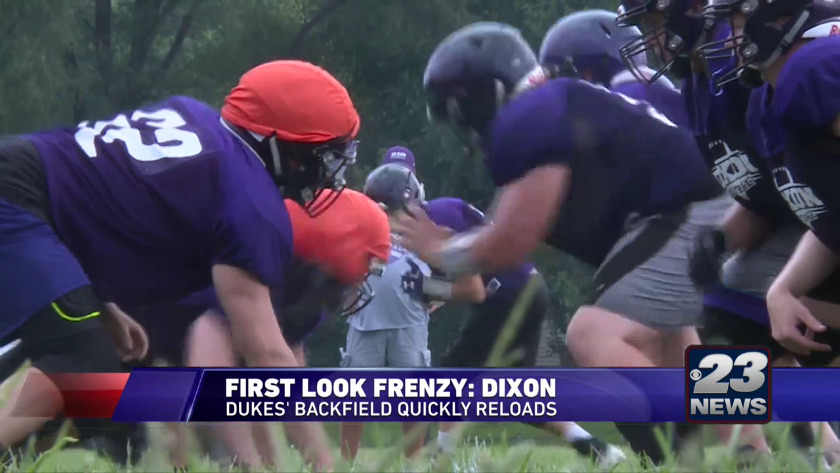 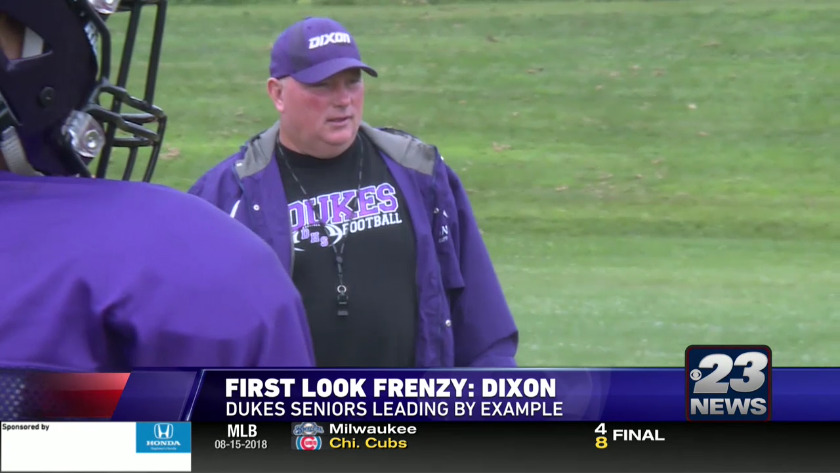 DIXON, Ill. (WIFR) For any high school coach, you will take all the help that you can get and for Dixon's Dave Smith, he's getting just that from his upperclassmen.

The Dukes just missed out on a Big Northern title last year and in order to get past the likes of Byron this fall, their seniors are giving coaching a go.

Players like lineman Dylan Messer are imparting their wisdom on the younger guys in order to not only set the team up for success this season, but in the years to come as well.

Messer says it's important for the experienced players like himself to set a positive example.

"There's a lot of new talent that's coming up from last year," said Messer. "A lot of the sophomore are trying to step up. Our center Alex Boswell and I have been here for three years so we're trying to teach them up because I think that they'll get a lot out of that. When the coaches tell you to do something and when one of your upperclassmen tell you, it's a little bit different. It gives you a little bit more competitiveness because that's who you're competing with on the team."