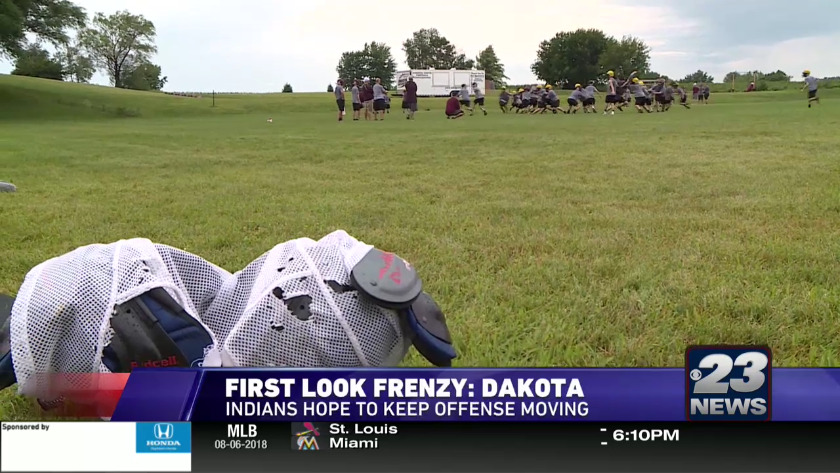 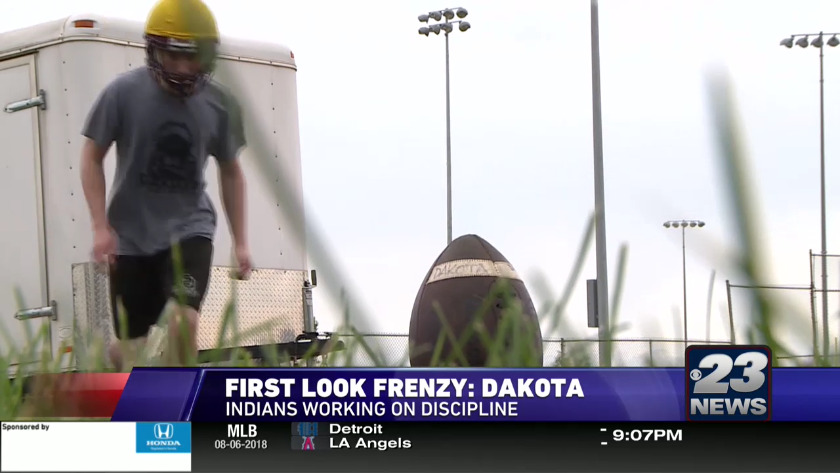 DAKOTA, Ill. (WIFR) Mixed up in one of the most talented conferences in the state, Dakota has its share of obstacles if its going to make its fifth straight postseason.

The Indians had no trouble lighting up the scoreboard last season averaging more than 27 points per game.

But this group does not air it out like many teams are starting to do. Dakota has used virtually the same offensive playbook since the days of Jerry Lano and his three state championships.

Head coach Joe Free has a new quarterback in Josh Clark, but neither the players or the coaches are worried about Clark running the Wing-T.

"He had a big fumble against Galena that he bounced back from later his freshman year," said Free. "He had some growing pains at safety because he was doing what a good teammate does and playing wherever we needed him. Getting him back to his natural two spots at inside linebacker and quarterback, I think you're going to see him flourish this year. He's kind of our x-factor."