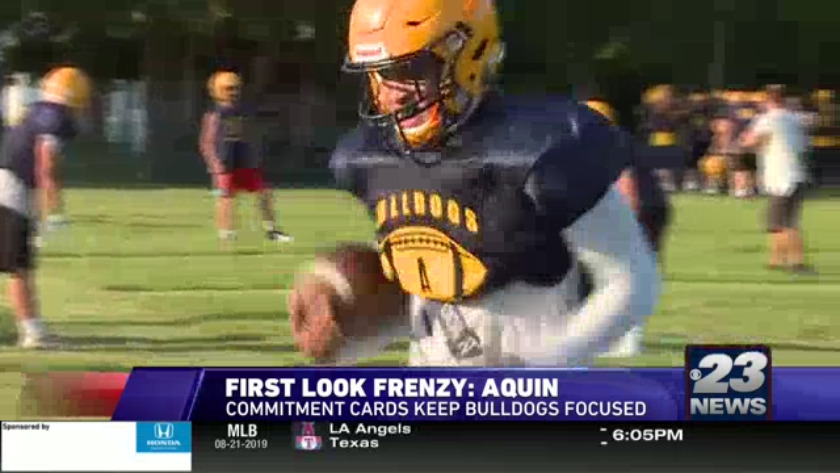 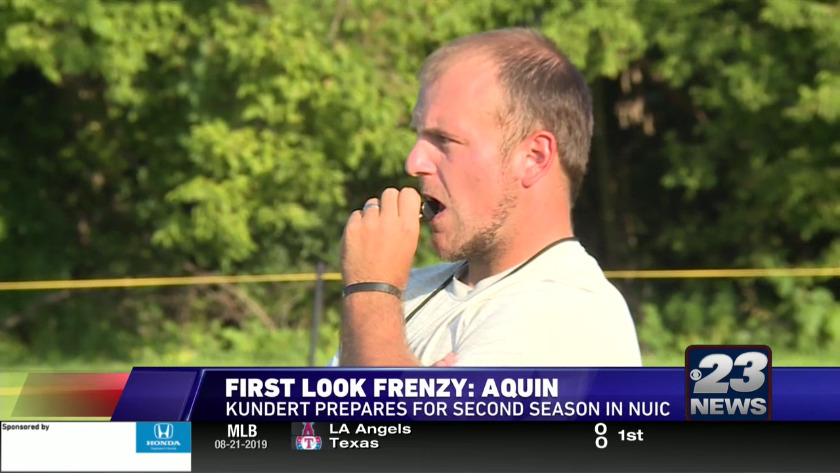 FREEPORT, Ill. (WIFR) Aquin missed the playoffs for the second time in four years in Broc Kundert's first season as head coach, but the Bulldogs are confident they will be back in the postseason this year all because of one word: commitment.

Kundert introduced commitment cards to the players during the offseason. He got the idea from the famed De La Salle High School football team in California.

Players write down weekly practice goals like conditioning or even just hustling to the next drill and on game day, players fill out a separate card.

Seniors like Brady Carlisle are on board and Kundert thinks this will help players remember the little details of the game.

"Just a little way, we talk a lot about getting one percent better each day," said Kundert. "It's a little way for them to do something that we're not telling them to do and put a little accountability on each other."

"Definitely, there's a change in the offseason," said Carlisle. "100 percent, people are trying harder, people are giving it more, people want it more this year. You push everyone harder. It's easy this year because everyone else is pushing themselves harder. There's really not that much work to do, but when you see someone slacking off, they know they have to work hard. So, they help you out."