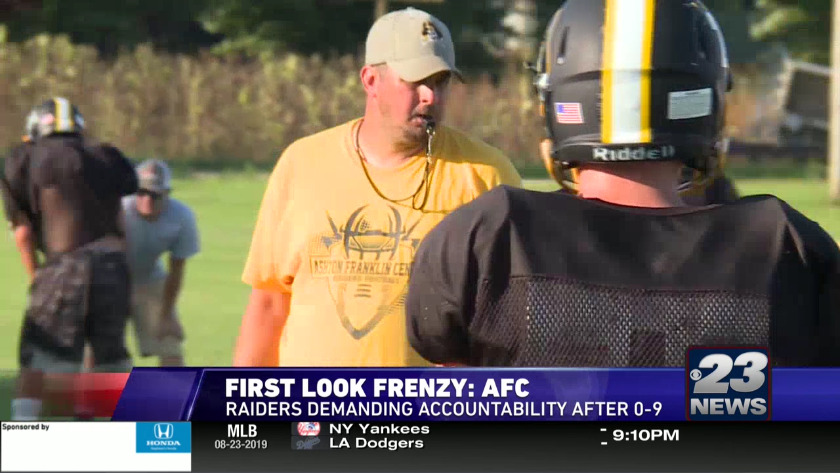 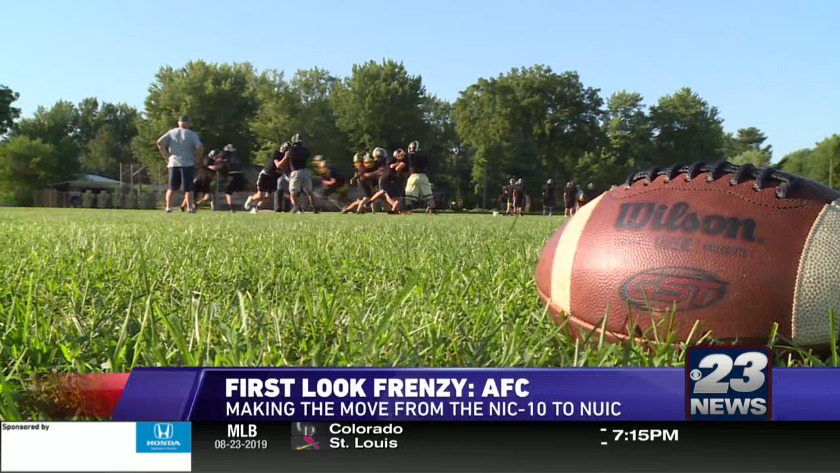 FRANKLIN GROVE, Ill. (WIFR) The NUIC has been called the toughest conference in all of Illinois high school football, and on the bottom of the dog pile and trying to climb out is Ashton-Franklin Center.

The Raiders went 0-9 in 2018 and averaged just five points per game with their closest defeat coming in a 26-14 loss to South Beloit.

Ninth year head coach Brad Winterland has only one winning season since taking over the program in 2011, but the playoffs have eluded him.

He says he did a lot of thinking over the offseason, and he is hoping some changes, like getting away from the option, will bring the Raiders some wins.

"First and foremost, there's going to be accountability and we're starting it here at the practice field," said Winterland. "Try to hammer the assignments into their heads, the technique, the fundamentals. It was back to basics. There was a lot of film time in the offseason, evaluating what went well over the last nine years and what hasn't and try to find a good mix and go from there."