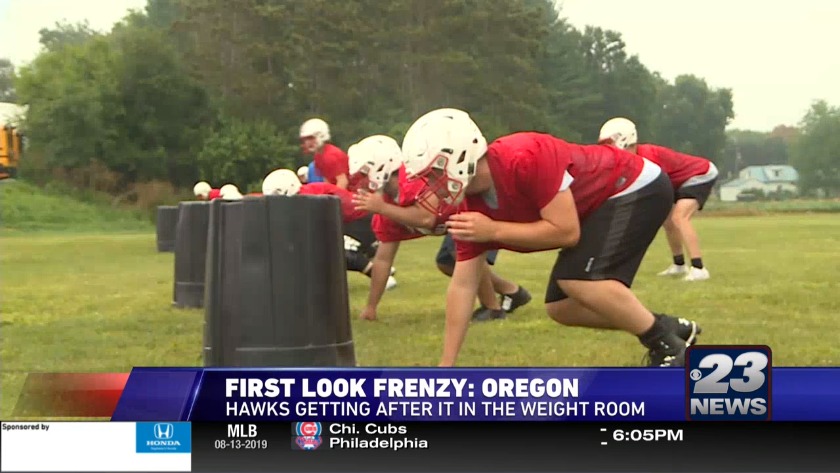 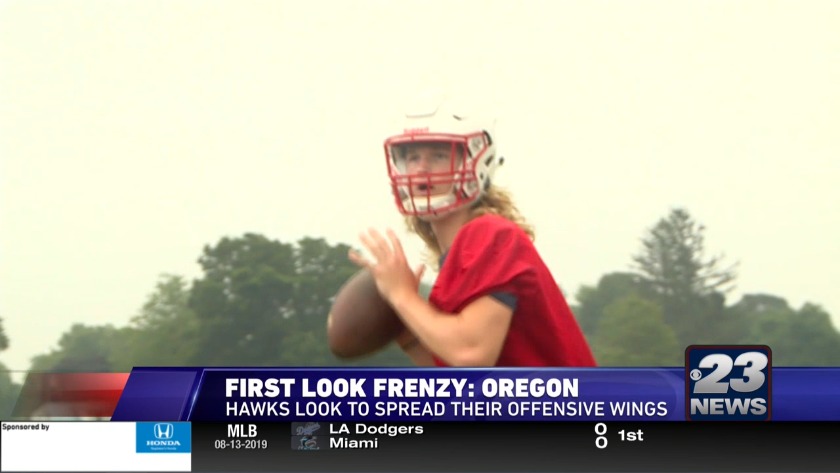 OREGON, Ill. (WIFR) There was a time not too long ago when Oregon football was a mainstay in the postseason. However, after missing the playoffs the last four years, the Hawks made a few tweaks that they believe will help them get those five crucial wins.

The Hawks scored double digits in just three games in 2018, resulting in their only three victories. Now they look to speed it up and spread it out on offense.

Schneiderman believes he has the athletes to air it out and the seniors agree. They said it's something that had been in the works for some time.

"We're changing the offense a little bit," said senior linebacker Zachary Crandall. "Switching it up, going more of a faster pace then slower pace in year's past. But we're ready to go."

"We've been talking about it for a few years," said senior quarterback Ryker Finch. "They knew we wanted to run it. This summer, we finally taken the step to change it up."

"Just seeing the ball go flying, it's going to be more fun," said senior offensive lineman Garret Moser. "It's going to be interesting seeing how the new offense can do. So we'll just give it a try."