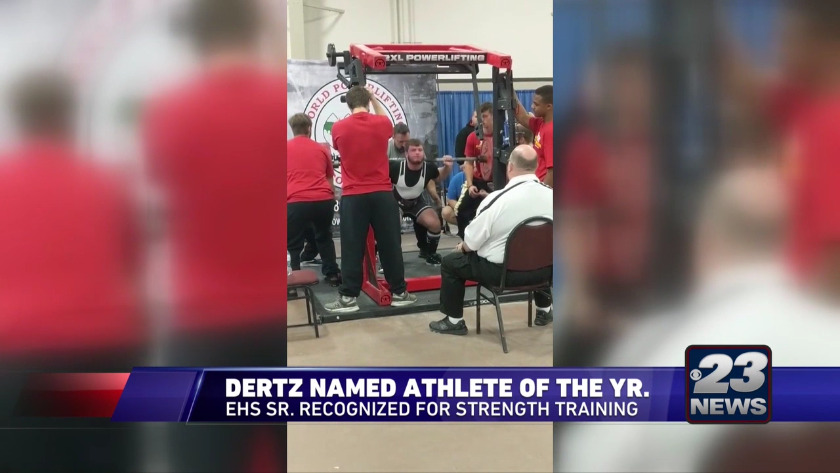 Dertz named athlete of the year 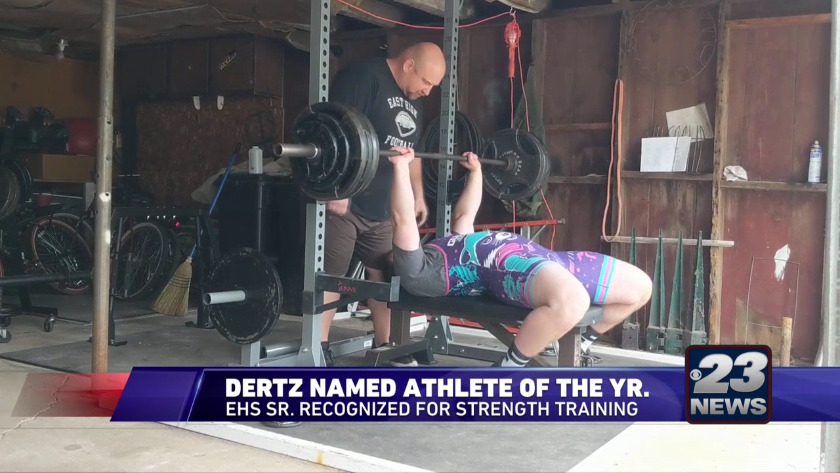 Being a three sport athlete at Eastland, Eli Dertz's schedule never seems to let up.

Even being stuck at home during a pandemic, the outgoing senior is finding a way to compete and he's doing it at one of the highest levels in the country.

Dertz was named an all-american as well as the Male Athlete of the Year by the National High School Strength Coaches Association.

The Cougars football and wrestling star has been power lifting since he was 13-years-old, breaking five world records along the way.

Since his final baseball season was canceled, he's ramped up his lifting regiment and is now competing in the online powerlifting nationals.

Dertz says the award was not something he had expected.

"I was hoping to be an all-american," said Dertz. "That would have been good enough for me, but when I found out I was athlete of the year, that was awesome. To know that my achievements in strength training and as a student, to be recognized at that level, it was great. When you're doing it, you kind of go numb. You just focus on the weight and stuff. It was a wave of emotions. I was just so happy and proud of myself and proud of my training. It was just a huge moment for me."