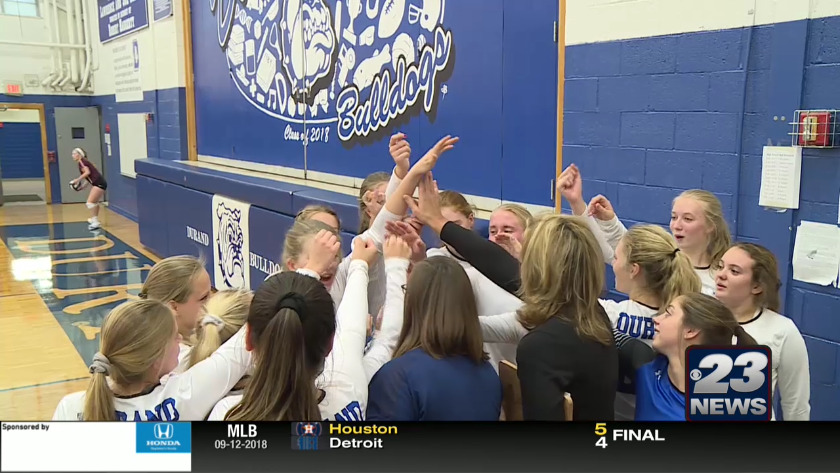 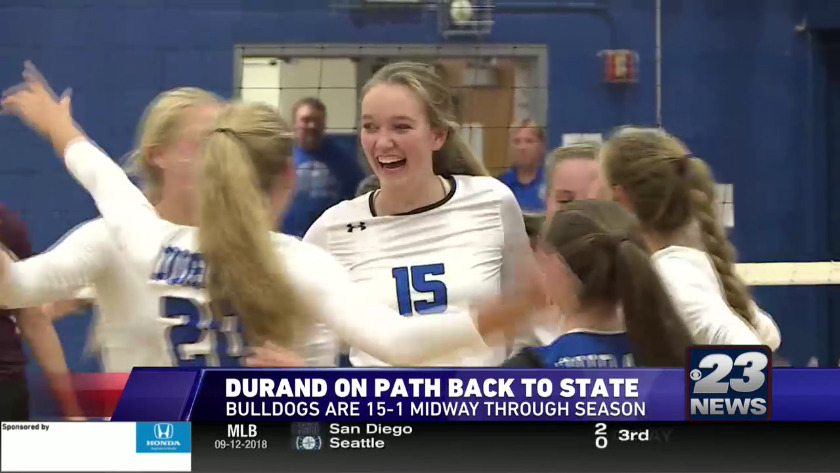 DURAND, Ill. (WIFR) Durand volleyball players call it a once in a lifetime experience, but now that the good vibes from their trip to state are gone, the Bulldogs want to see if they can make that a twice in a lifetime feeling.

Durand is well on its way with a 15-1 record midway through the season after picking up a three-set victory on Monday over Stockton.

The Bulldogs return all but three of its players that took third place down to Normal and they all believe that confidence will be the driver for this year's playoff run.

But while 2017 was all about offense, Durand sees that its defense will have to step up if it is going to repeat.

"I think it's going to be a different approach to our game-plan," said senior McKenzie Damon. "Last year we relied on a lot of offense and that was our main focus. This year I think we really need to work on our defense because teams are going to figure out that there are spots open on the court so if our defense is great, we'll wear out the other team."