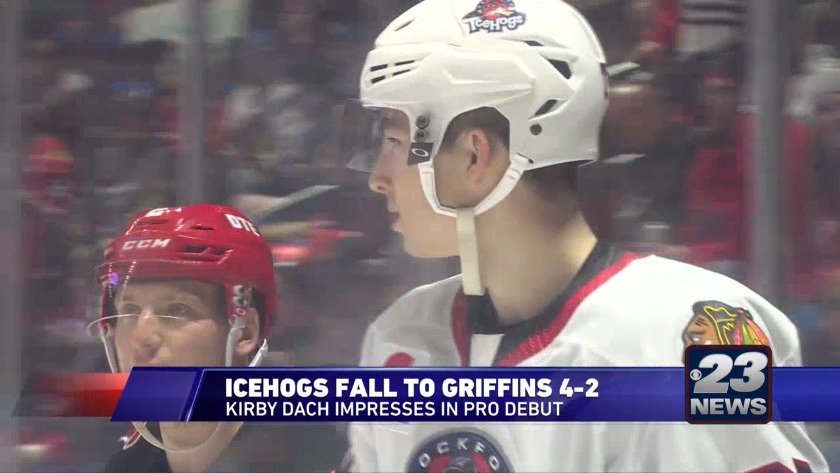 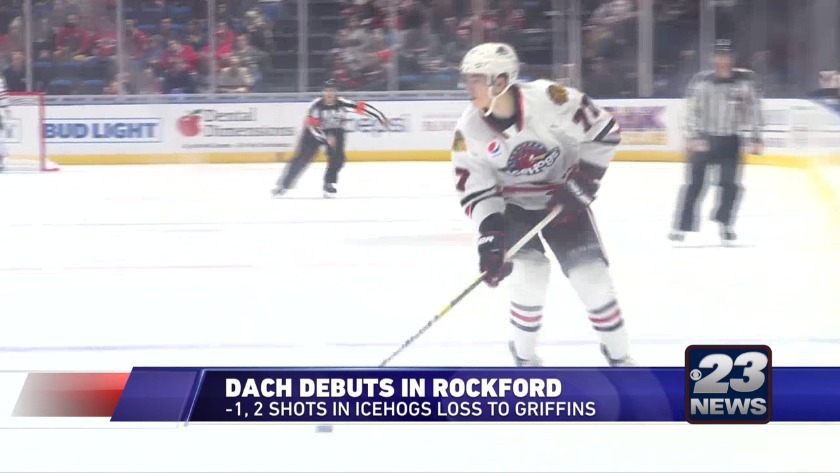 The third overall pick in this year's draft was held off the scoresheet, but head coach Derek King said the 18-year-old has NHL talent.

"He controls it. He's a big body. He's got great hands. He's a smart hockey player," said King. "When he gets the puck, he seems to control the play. So if you're playing with him, just get in the open or find a lane or something because he'll find you."

Rockford jumped on the board first with a goal by Anton Wedin at the 7:24 mark of the first period. However, the Griffins responded, scoring the next three goals, including two in the first four minutes of the second period.

Dylan Sikura tallied his second goal in as many games to cut the lead to 3-2 with a little more than 12 to play in the period.

Grand Rapids added the insurance goal with a minute left in the second by Dominik Shine to put the game out of reach.

The IceHogs are back in action at the BMO Monday for afternoon tilt with the Laval Rocket. It's the first time these two teams have met.

Sports tourism in Rockford feels effect of the coronavirus

Sports tourism in Rockford feels effect of the coronavirus