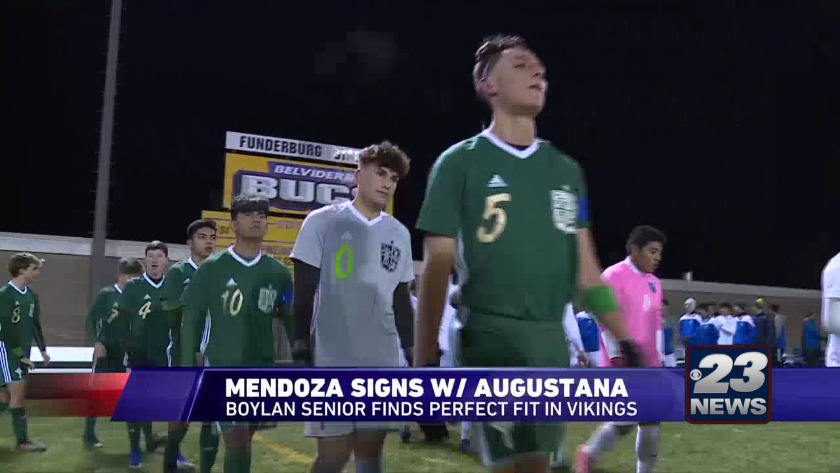 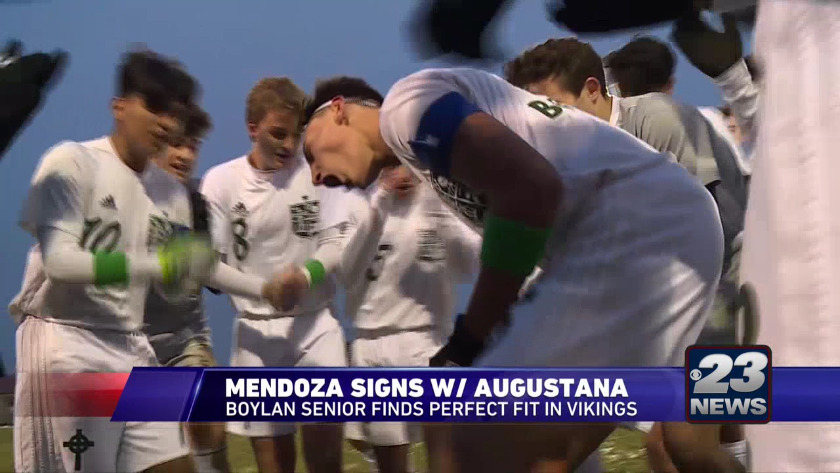 ROCKFORD, Ill. (WIFR) Boylan senior Collin Mendoza made his big decision from home and chose to sign with Division III side Augustana College.

The Titans captain was named First Team All-NIC-10 this past season and led Boylan to a 14-6-4 record with a regional championship.

Mendoza says when he got a chance to visit the campus before the outbreak, everything looked beautiful and the head coach showed great interest in his defensive skills.

"The coach was really welcoming to me," said Mendoza. "He was really open about the program, the direction that they were going and the pieces that they have. He actually flew down to Florida to see me play in a tournament in December so he was really welcoming on that front. And the academic side of it was there with their business program which is what I plan to major in."