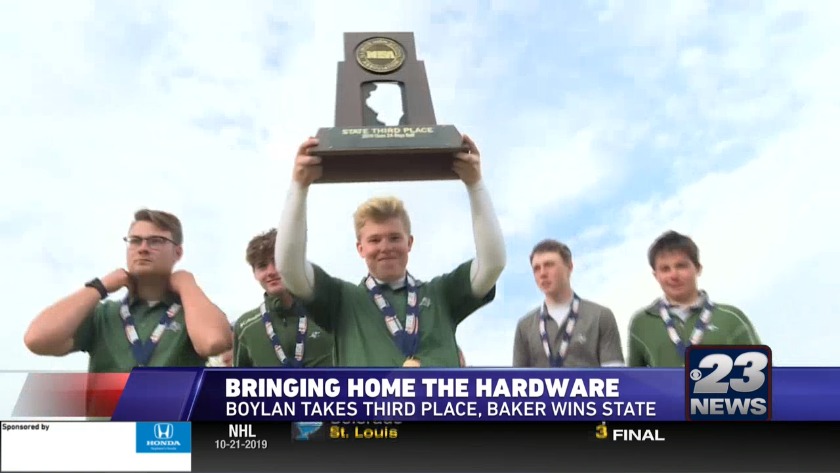 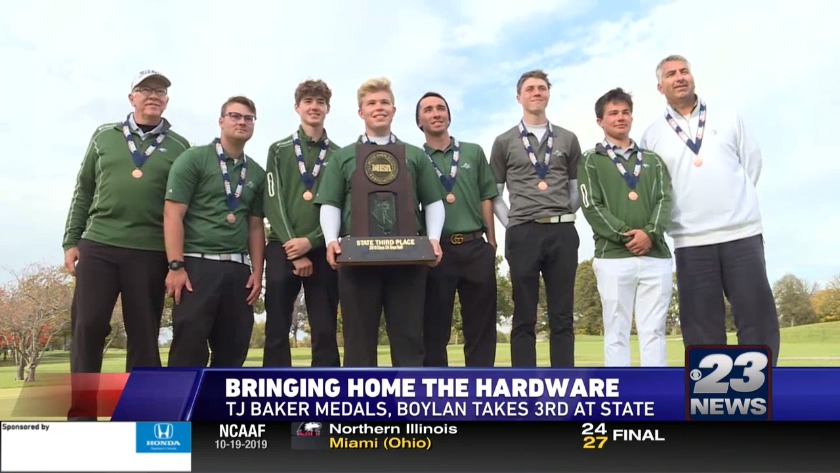 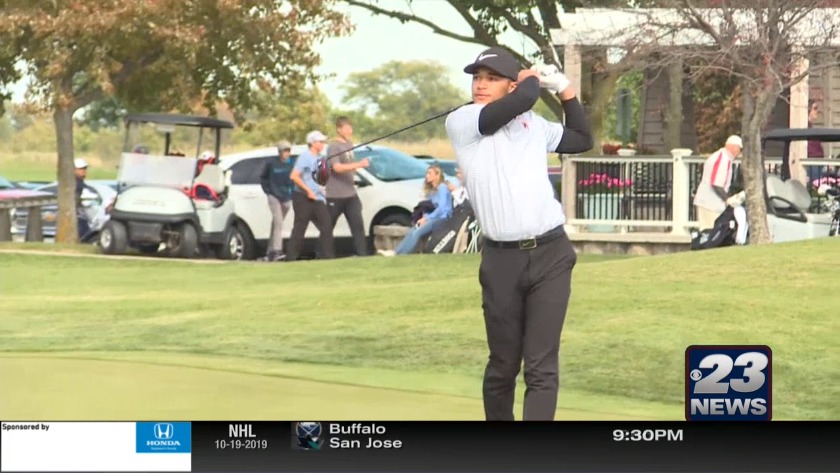 NORMAL, Ill. (WIFR) TJ Baker made things harder on himself than he needed to, but the senior held on to win the Class 2A state championship by one stroke on Saturday at Weibring Golf Club in Normal.

Baker entered the final round one stroke back of the lead after shooting a 66 on Friday. The senior came out strong on Saturday, posting a 33 on the front nine, including a hole-in-one on seven.

Baker finished the tournament -8 (134) becoming the first individual champion at Boylan since Danny Gorman did it in 2013. This was also the senior's first trip to the state tournament.

"I was playing really well this summer. But I did not think I'd be an individual champion, I'm not going to lie to you," said Baker. "At the end of the day it feels really good."

Baker led Boylan to a third place state trophy, the Titans' best finish since winning it all in 2013.

"It was my first year at state, senior year, first hole-in-one, first state championship, first thing for everything. It feels really good honestly. I've never been happier, not only with myself, but with the team. Our team is full of great guys. We all get a long very well. I'm just happy we could all come together, all come to state together, and get the third place championship."

At the Class 1A state meet in Bloomington, Winnebago's Marcus Smith looked to repeat as the individual champion. The senior entered day two with the lead and had a lead after the front nine on Saturday. But Smith could not find his stroke on the back nine, which included a bogey and two double-bogeys in three of the final four holes. Smith fell into a tie for fifth place.

Here is how some of our area girls finished at their state tournaments: