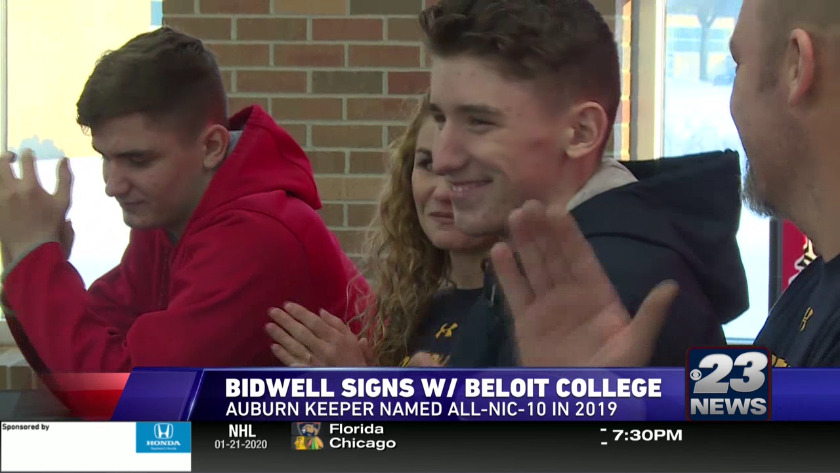 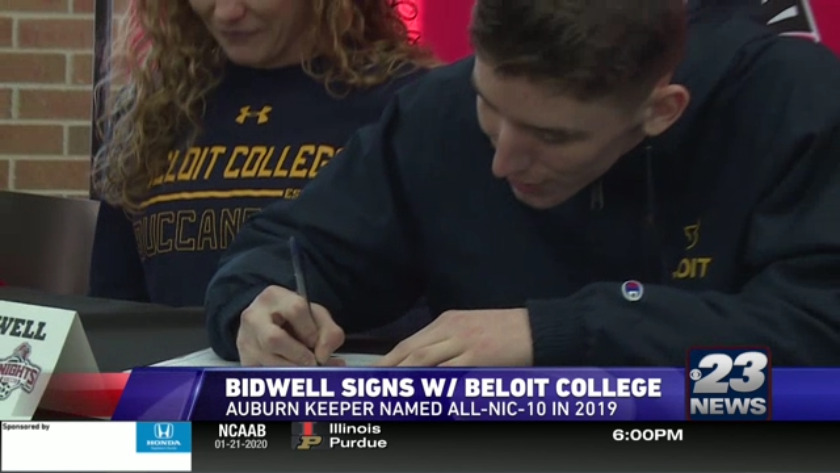 Auburn's Bidwell ready for next level 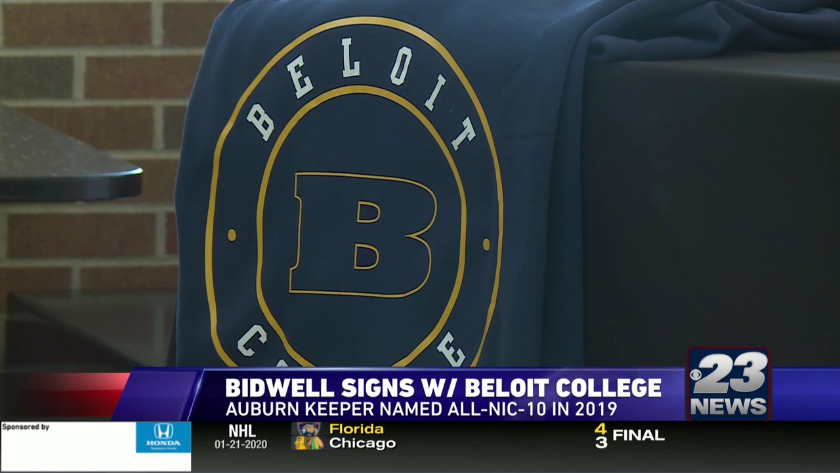 ROCKFORD, Ill. (WIFR) Over the last two decades, Auburn boys soccer has been at or near the bottom of the NIC-10 standings year in and year out, but there is some hope for the Knights program which is seeing its first college signing in at least three seasons.

Senior Brock Bidwell signed on to continue his playing career at Beloit College.

The future Buccaneer keeper played all four seasons with Auburn's varsity squad and switched from a wing before his sophomore year.

He says he always wanted to compete in college, but never thought this would be his journey.

"Freshman year and all before that I was a field player," said Bidwell. "It was just a sudden change and it's been a lot of hard work. No breaks at all and sometimes not even five hours of sleep a night. It's been a lot of hard work and dedication. I would never guess I'd be here right now when I made that switch. I didn't know I'd be that much into it and I didn't know that this would be coming."