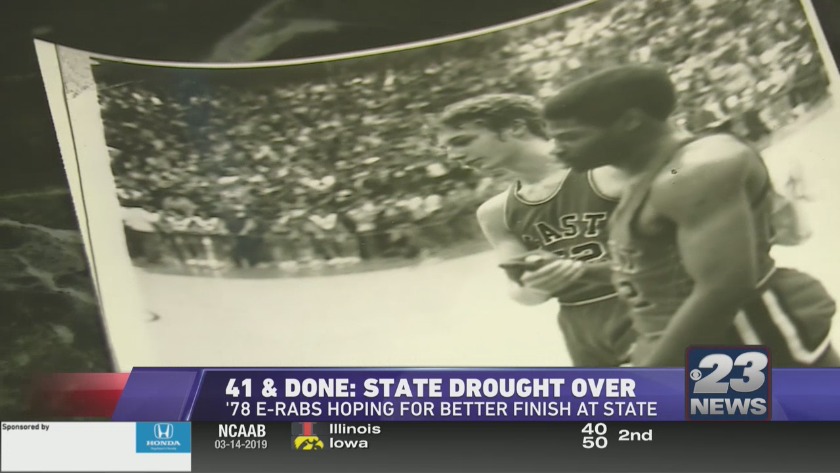 Rockford East back in state after 41 years 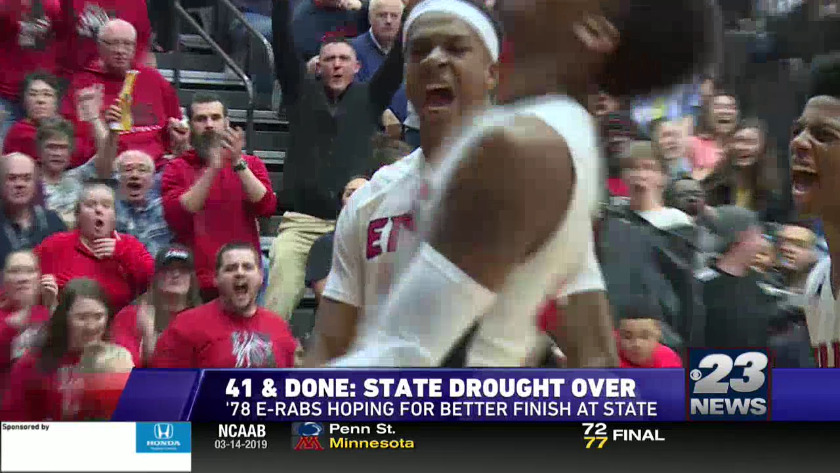 41 & done: East state drought is over

PEORIA, Ill. (WIFR) -- Before you know it, this is all going to be over. East basketball only has two games left of its season, which only gives some of the E-Rabs about 64 minutes remaining of their high school careers.

For one former player, he says to enjoy it before it’s too late.

Tony Mims, a center on from East's last statebound basketball team in 1978, has been hoping for the moment since his high school days. He says the wait is well worth it.

"It's been so long, I really did not think that East would make it back to state again, but here we are." Mims said.

The 1978 east team settled for fourth place after running into Westchester Saint Joseph and Isaiah Thomas. After the school's last state run, Mims was unsure if East basketball would return to state tournament in his lifetime.

"After experiencing the state finals, you want your team to get back and experience it again," Mims said.

With generations of East alumni watching from the stands, Mims sees similarities in his squad and the present day E-Rabs.

"It reminds me of the days back when I was playing and John Griffin and Bob Vincent and the group of us," Mims said. "They're super quick, amazing on defense, but really athletic and I wish them the best."

The two teams also took an eerily similar path to state after winning regionals at home, sectionals at Rock Valley and the super-sectional at NIU.

But Mims says it stops there, as he thinks this east roster outmatches him and his teammates.

"Our team in some ways does remind me of this team other than boy these kids are incredible athletes," Mims said. "I believe the kids today are more athletic than we were believe it or not but thats okay. It's a new day and a new time."

Mims is hopeful the E-Rabs will do something no other Rockford school has done since 1956; win a state championship. He hopes the current players find a moment to take it all in.

"My advice to them would be to is probably something that they are aware of is to slow down and take it all in,” said Mims. “But when you're actually one of the players and you're going through it, I don't believe that's part of what you're thinking about. Usually that happens years after you're done playing."

The E-Rabs will play Evanston in the state semifinals at Carver Arena in Peoria at 5:30 p.m. You can watch the game on NBC Sports Chicago.