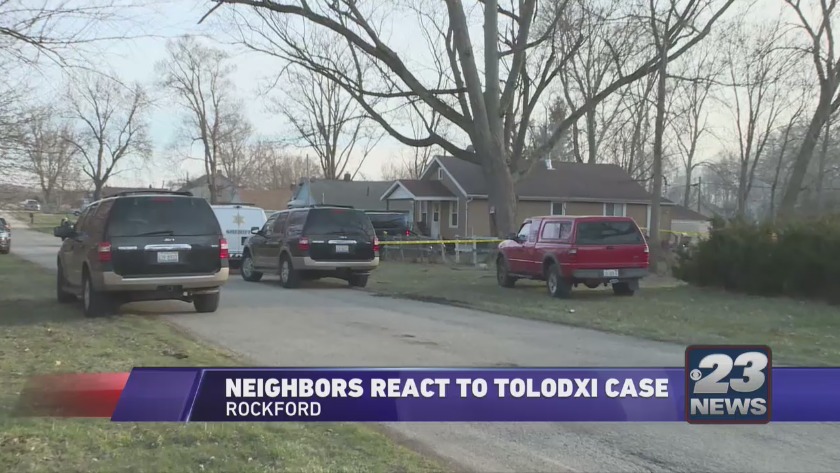 Neighbors react to the Tolodxi Case 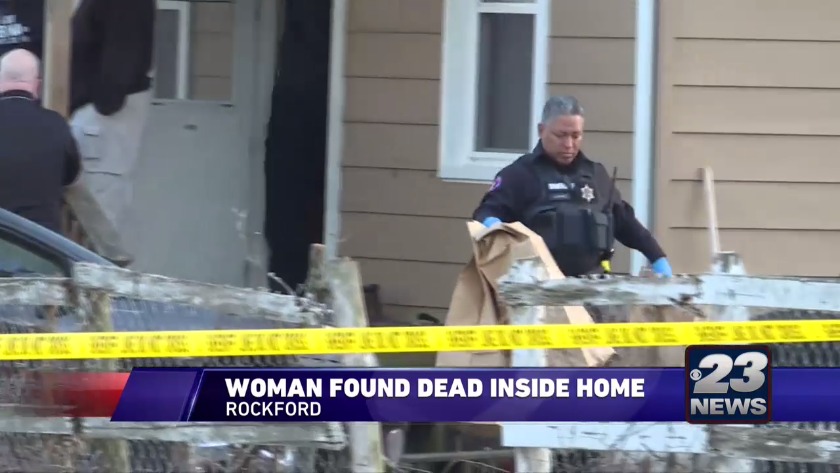 23 News' affiliate CBS 58 in Milwaukee reports that finger print analysis confirmed Aguilar was the man found dead in the crash on I-94.

On Thursday, Winnebago County Sheriff Gary Caruana released new details about Tolodxi's death including a timeline of events that lead up to the discovery of her body in a home in the 600 block of Atwood Ave.

UPDATE: ROCKFORD, Ill. (WIFR) -- A 30-year-old man, who investigators say was in the United States illegally, is named as the person who killed a Rockford woman on April 20. The suspect is also believed to be the man killed in a fiery crash in Racine County, Wisconsin, that same day.

Tolodxi's sister discovered her body the afternoon of April 20 in their Atwood Avenue home. Her cause of death is listed as blunt force trauma to the head and face. She also had a skull fracture and broken nose. Investigators believe she died sometime between 6:30 a.m. and 7 a.m. April 20.

Caruana and Deputy Chief Mike Schultz say Tolodxi knew Aguilar was stalking her, but she did not tell family or friends that she was scared.

On Wednesday, April 18, Caruana said Tolodxi drove Elmer to a class in Belvidere, and during that ride she ended their relationship. At 5:30 a.m. April 20, Tolodxi left the home of an ex-boyfriend and was texting on her cellphone. Less than two hours later, a neighbor claims to have seen Elmer's vehicle at Tolodxi's home on Atwood Avenue. Between 7:21 a.m. and 7:49 a.m., Elmer made calls to friends and family making statements about an incident with Tolodxi. Over the next hour, Tolodxi's car was caught on camera violating tolls on Interstate 90, Interstate 296 and Interstate 94 between Illinois and Wisconsin. At 9:20 a.m., Tolodxi's car was involved in a fatal crash on I-94 in Racine County, Wisconsin. The lone person inside the vehicle died in that crash. Tolodxi's body was discovered at 3:47 p.m. at 609 Atwood Avenue.

While exact identification has not been made, Caruana said Aguilar is believed to be the person who died in the crash on I-94 in Wisconsin. The cause of death is listed as blunt force trauma to the head and torso.

UPDATE: ROCKFORD, Ill. (WIFR) – According to Winnebago County Coroner’s Office, the autopsy for Destiny Tolodxi is being performed Tuesday morning.

The results of the autopsy will not be released until Thursday.

UPDATE: ROCKFORD, Ill. (WIFR) -- Investigators piece together a case that leads all the way from Rockford's west side to Racine County, Wisconsin.

Neighbors are now reacting to the tragedy.

Dougherty has lived on Atwood Avenue for almost 60 years, and while Destiny Tolodxi only lived a few doors down for several months, Jack says everyone who lived in her home seemed friendly.

"Never heard a peep out of them. Seen a few cars up here now but never heard rucus of any kind. Went by and waved at them and they waved back, and so it seemed like they were nice people," said Jack.

Tolodxi's body was found inside the home on Friday evening.

"I just opened the front porch door and looked up the street, and there was cars all the way down," said Jack's wife Betty Dougherty.

The following day, Winnebago County deputies discovered that a car involved in a crash around 9:30 Friday morning in Racine County, Wisconsin was registered under Tolodxi. The driver of the car was killed in the crash.

"Racine County Sheriff's Department had called our 911 center earlier in the day inquiring about the registered owner of that vehicle shortly after their crash Friday morning," said Winnebago County Deputy Chief Mike Schultz.

That driver is being considered a person of interest.

"Right now the biggest thing is making identification because the deceased is badly burned. could prove to be time-consuming," said Schultz.

While it's still fresh in Jack's memory, he fears he may never forget the scene he witnessed.

"It'll always be heartbreaking to go down there and look because of what happened there," said Jack.

Tomorrow, the autopsy will begin on Tolodxi.

Investigators tell us someone driving her black Pontiac crashed in a construction zone on I-94 Friday morning. The car went up in flames.

The driver was the only one inside the car at the time of the crash. That person died.

Winnebago County Deputy Chief Mike Schultz tells us the driver of the car is being called a person of interest in Tolodxi's case.

Both Winnebago county and Racine County deputies will start to work together Monday on the case.

Her death is under investigation. Her autopsy is scheduled for Tuesday.

Investigators say the woman was found in a bedroom by family. They say there is a lot of blood at the scene but no physical signs of trauma were found on the body initially.

There are no suspects in custody at this time and deputies are interviewing friends and family.

Sheriff Caruana says a call came in around 3:30 p.m. in the 600 block of Atwood Avenue. The woman was found dead at the scene, however investigators would not say if she was found outside or inside of a home.

Hintz could only tell 23 News that the death is not natural, but he cannot say if foul play is involved or the cause of death.

We will continue to update you as we learn more.

Rockford man arrested for battery to a child

Rockford man arrested for battery to a child