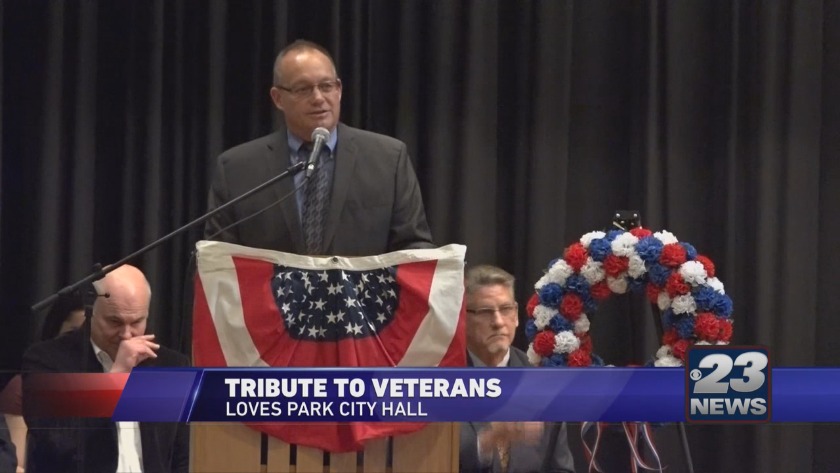 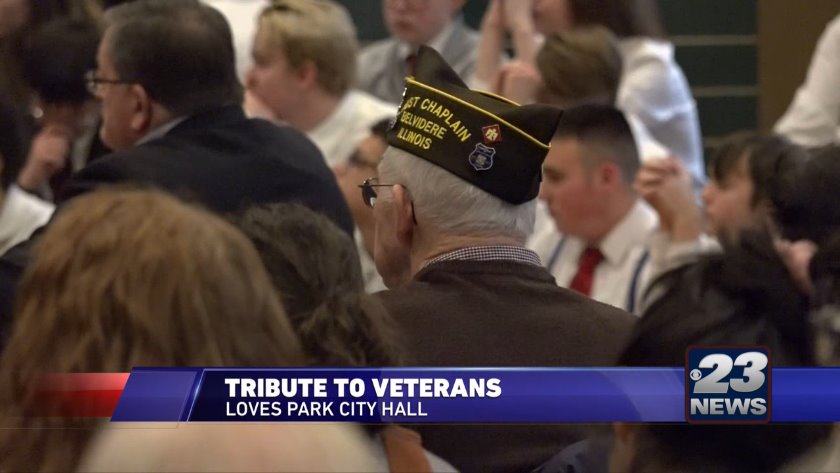 LOVES PARK, Ill. -- (WIFR) "It’s the ultimate sacrifice. I even get choked up a little bit about it."
People from across the Stateline and The City of Loves Park celebrate Veteran’s Day early. They take part in a ceremony of thanks that included music, food and words of gratitude.  One student was especially touched by the experience.

"My great-grandpa served in the military and it just made me really happy and it makes me grateful that we had him who served for us,” said Kaylee Martins.

"It's important to talk to young people about the Vietnam War because I don't know how much is in their history books about it. It's part of living history and it's good to hear from people who actually experienced it,” said Vietnam War Veteran Charles Larson.

Larson spoke at the event and shared an emotional story of losing his best friend in the war. He says the experience changed his life.

"I wish I had seen him to say goodbye. We just had that parting moment when he left… In that may of 1966. I miss him terribly. I think we would have been best, best friends. His life was ended way too soon. It's just something that haunts me," said Larson.

"I mean, every veteran writes a blank check to the United States Government on their life. Some of them, unfortunately, that check gets cashed."

Local leaders weigh in on voting to promote change amid protests

Local leaders weigh in on voting to promote change amid protests