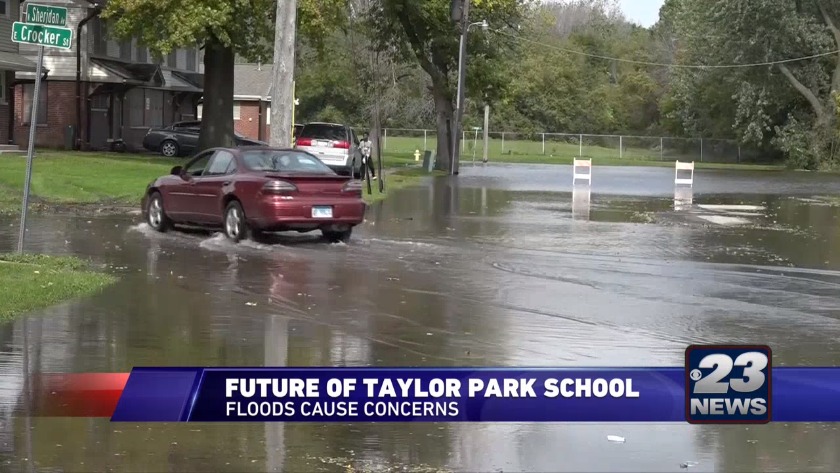 FREEPORT, Ill (WIFR) -- The future operations of Taylor Park Elementary School was in question due to severe flooding that occurs year after year. Those floods cause the school to close, or relocate.

Monday night a new task force comprised of local residents, teachers, business owners, pastors and other community members presented future plans of the school to the public. Together they came up with three options they believe are viable to ensure safety to the students.

"Time is not of the essence right now, we're out of time," says Taylor Park School parent Latasha Mason. "It's also about the kids' education, you know because it's impacting their education and we just wanted to know what's going to happen with these kids at the end of the day."

The school is in the middle of a floodway, and has caused kids to miss school for a week at a time. "It affected me going to work, it affected my kids going to school, I had to take time away from things that I needed to do," says Mason.

The task force came up with three options to ensure uninterrupted learning in the future, even when flooding occurs. They say modular units, building a permanent addition or building a new school entirely are options.

The material costs for module units would be roughly $260,000. Building additions comes in around $5 million. Building a new school entirely is estimated between $14 million to $20 million. Rebuilding would also require a referendum, something Superintendent Anna Alvarado says would take time.

"We just were looking at what was best for kids," says Norman.

All three options would involve moving all of the kids and staff. Monday the task force took down the public comments and questions to address at a later date.

They will present the recommendations to the Board of Education February 18.

Police respond to an attempted aggravated robbery in Rockford

Accumulating snow is on the way, exact snow totals still in question

Police respond to an attempted aggravated robbery in Rockford