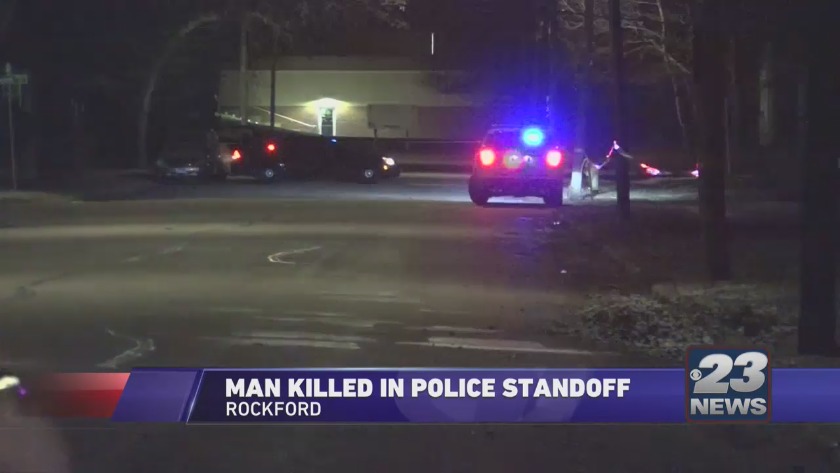 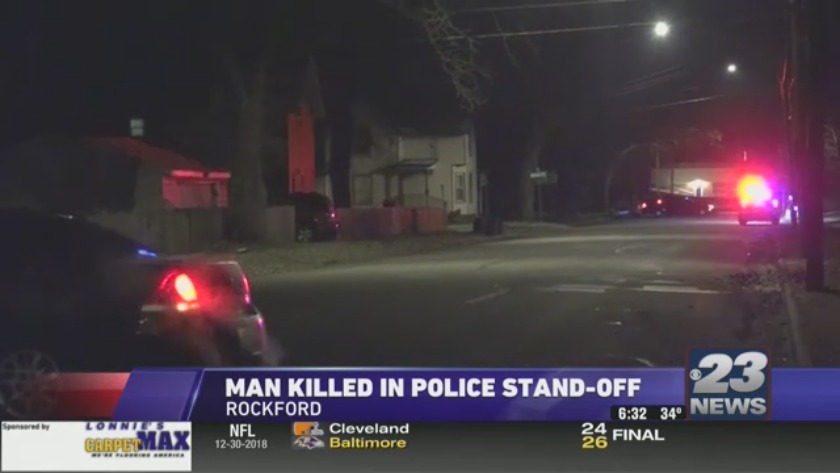 Rockford Police Chief Dan O'Shea names the officer involved in the fatal shooting of a 44-year-old man on New Year's Eve during a standoff on Green Street in Rockford.

Sergeant Matthew Krantz, a 17-year veteran with the Rockford Police, is named as the officer involved.

Kerry D. Blake Jr. of Rockford died after an hours-long standoff with police.

Officers were called to the west side of Rockford for a report of a stolen car. Upon arrival, a victim told police her car was stolen while two children were still inside.

Blake dropped the two children off about a block away and then drove the stolen car to the 1100 block of Green Street. He got out and ran in the house.

Police made multiple attempts to make contact with Blake. Investigators say he confronted officers with a metal bar and then a large sword.

After several failed attempts and threats made against police, SWAT teams entered the home and tried to arrest Blake.

He then allegedly assaulted the officers.

That's when Sgt. Krantz fired his weapon and hit Blake, who was later pronounced dead at the scene.

Police are not providing any comments at this time.

Krantz joined the Rockford Police Department in 2001. He was recently promoted to sergeant.

Police have identified the suspect who died from a Sunday night standoff as 44-year-old man Kerry D. Blake Jr.

Officials issued arrest warrant for Blake on charges of unlawful restraint and possession of a stolen vehicle after police tried to contact him.

Police say the charges stemmed from a carjacking in the 300 block of Stanley Street. The suspect later drove the car to the 1100 block of Green Street, the area where the standoff happened.

The Winnebago-Boone County Integrity Task Force will conduct an investigation. Police say more details will be released after the investigation.

A suspect is dead after a standoff Sunday afternoon on Green Street in Rockford.

Police say they were called to the west side location for a report of a stolen car. The victim told police their car was stolen while two children were still inside.

The victim was able to recover the children when the suspect took them out of the car about a block away.

The suspect then drove the car to the 1100 block of Green Street, got out, and ran into a house.

Officers tried to contact the suspect, and the suspect came to the door, but wouldn’t come out. At one point, investigators say the suspect confronted officers with a metal bar and then with a large sword.

Police say the suspect threatened the officers, forcing the SWAT and Negotiations team to come to the scene.

Negotiators and tactical officers tried to get the suspect to surrender for several hours, but they weren’t successful.

An officer suffered non-life-threatening injuries during the arrest and was taken to a local hospital.

The Winnebago-Boone County Integrity Task Force responded to the scene and will conduct an investigation into the shooting.