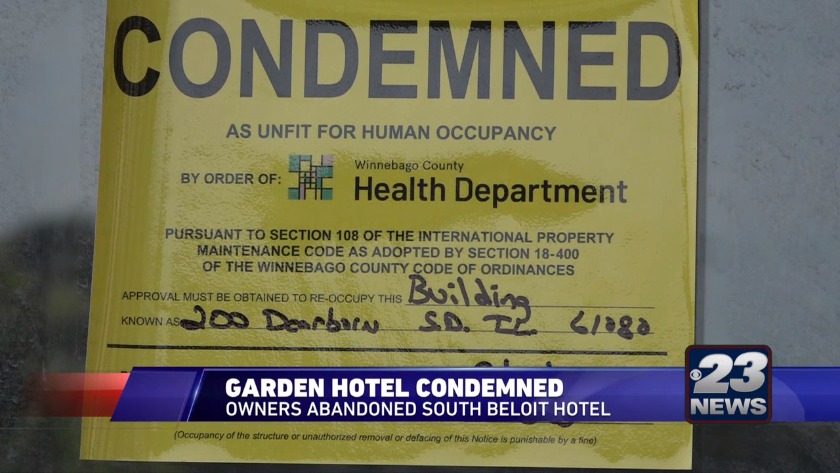 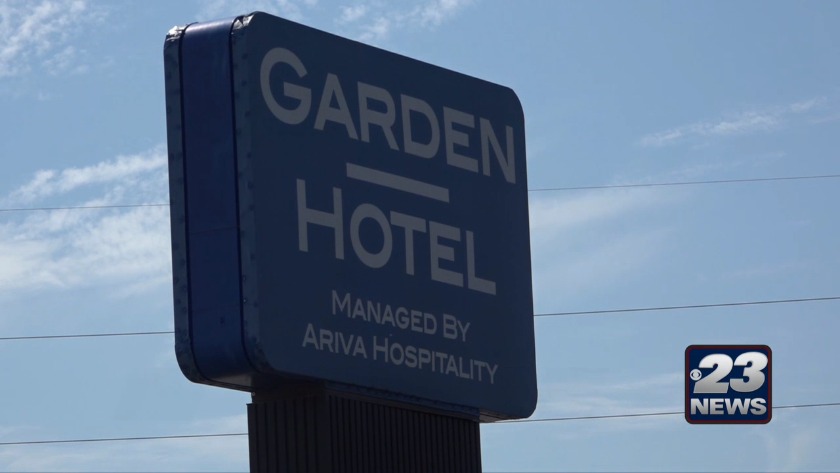 SOUTH BELOIT, Ill. (WIFR) -- A hotel that was once a staple in the South Beloit community is now condemned.

The South Beloit Garden Hotel flooded in March and the owners closed the hotel temporarily with hopes of opening in June. but, when June rolled around no work was done on the hotel and the city started monitoring the property. During Tuesday's check, the fire department had to cut their way into the building finding mold, ceiling tiles caving in, the roof collapsing and 4 feet of water in the basement.

"The best outcome would be someone would purchase the hotel and be willing to invest the millions it is going to take to rehab it," said South Beloit Mayor, Ted Rehl.

Garden Hotel is a central location for downtown Beloit and downtown South Beloit so the city is working on the hotel landscaping to make sure this area doesn't turn into an eyesore for the community.

For now, the city will keep contacting the owners until the legal department believes the city has exercised all resources. Then the city will have to wait a year before taking action to foreclose the building or sell it.

Fire breaks out at Lowe's Distribution Center in Rockford

Traveling back in time at the 60th Annual NIADA Antiques Show

Fire breaks out at Lowe's Distribution Center in Rockford

Traveling back in time at the 60th Annual NIADA Antiques Show