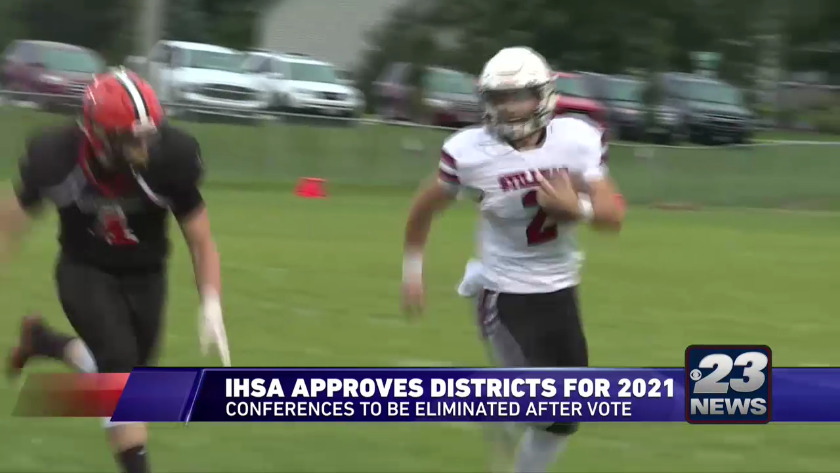 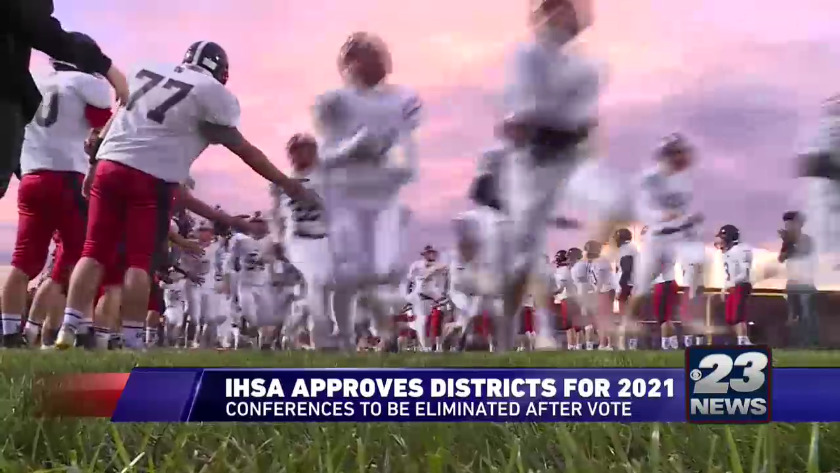 Football conferences to be eliminated in 2021

Football in the Stateline will have a much different look in a few years.

Beginning in 2021, the IHSA will do away with conferences and implement a geographic district system.

Teams will be assigned to eight or nine team groupings based on classification and location before the start of the season.

Schools will play seven district games and will have to win four of those to qualify for the playoffs. Teams will schedule the other two games outside of their district and they will not count towards postseason eligibility.

Athletic directors from across the state voted on the proposal with 324 approving it, 307 against and 69 undecided.

Hononegah gets special sendoff in quest for state title

Hononegah gets special sendoff in quest for state title