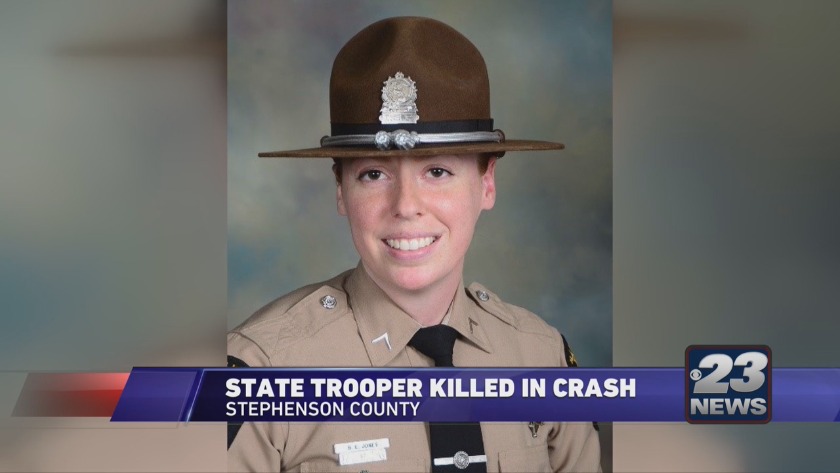 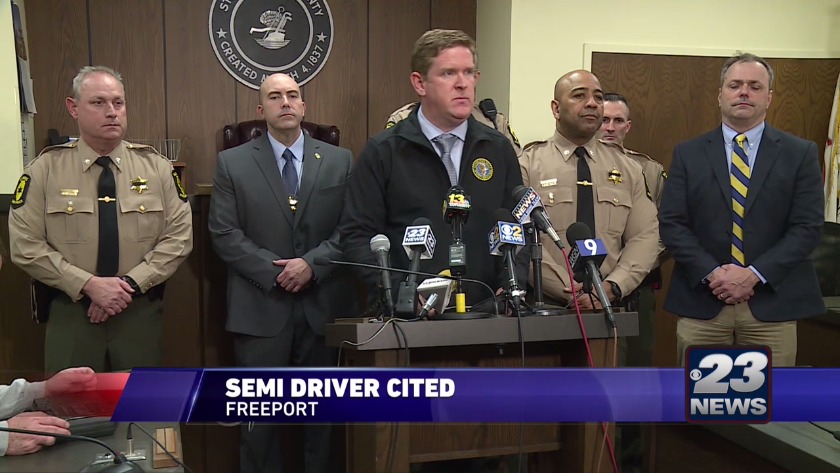 The 34-year-old trooper, listed as a Stockton resident, was investigating a commercial vehicle on U.S. 20 near Freeport around 11:30 a.m. when another semi-trailer struck her, causing two vehicles to be engulfed in flames.

She was later pronounced dead. No one else was hurt in the incident.

Illinois State Police identified Brooke Jones-Story as the trooper who died Thursday in a crash on U.S. 20 in Stephenson County.

Jones-Story was a 12-year veteran of the Illinois State Police District 16 in Pecatonica.

ISP says the crash happened around 12:20 p.m. Jones-Story had been inspecting a semi-trailer on U.S. 20 before she was struck.

Police say another semi-trailer hit both Jones-Story and her vehicle while she was inspecting.

“Today is a dark day for the Illinois State Police family. This is the six-year anniversary of the death of another Trooper, and now another brave soul, Trooper Brooke Jones-Story, has made the ultimate sacrifice for people of this state. At this very moment, the men and women of the ISP are responding and focused on the job and mission, because that’s what Trooper Jones-Story would do,” stated ISP Acting Director Brendan Kelly.
------

Law enforcement confirms that an Illinois State Police Trooper has died after an accident with a semi on U.S. 20.

Here is the statement:

"The South Beloit Police Department sends our deepest sympathies for the Illinois State Police District 16 Trooper who was killed this afternoon in a crash while on a traffic stop in Stephenson County. This Trooper had assisted our Department on several incidents over the years. Please keep the Trooper's family and the Illinois State Police in your thoughts and prayers."

An accident with a semi-trailer is causing traffic delays on U.S. 20 near Freeport.

Officials tell 23 News the accident happened on U.S. 20 near East Currier Road. The location of the crash is by Total Self Storage facility.

The Stephenson County Emergency Management Agency says that US 20 is closed from Business 20 all the way to Illinois Route 26. Drivers are encouraged to use an alternate route.

According to officials, Route 20 is shut down, including at Route 75 heading west.

This is a developing story. Emergency crews are at the scene.

23 News has crews on the scene. We will update as more information becomes available.